The wonderfully humorous British comedian Alasdair Beckett-King (previously) quite anachronistically portrayed himself as a traditional radio announcer from the 1940s and with the most accurate BBC accent of the time, read aloud popular internet memes of modern times to his audience.

The first meme he describes is a woman yelling at a cat. The second is the ubiquitous “distracted boyfriend” and the third is one depicting French artist Joseph Ducreux. Each of these verbal descriptions prove that most memes are meant to be seen and not heard.

My goodness, you won’t believe this, listener. She’s actually shouting at a cat seated at a table and the little creature looks ever so confused Well! Thank you to Mrs. Edmund Hillary-Swank for sending that in. And what do we have next? It seems that a young couple is stepping out together Oh, this is rich…The gentleman, if I can call him that, is turning to look at a different woman and the expression on his young lady’s face is absolutely priceless.

Here are the memes the announcer was describing: 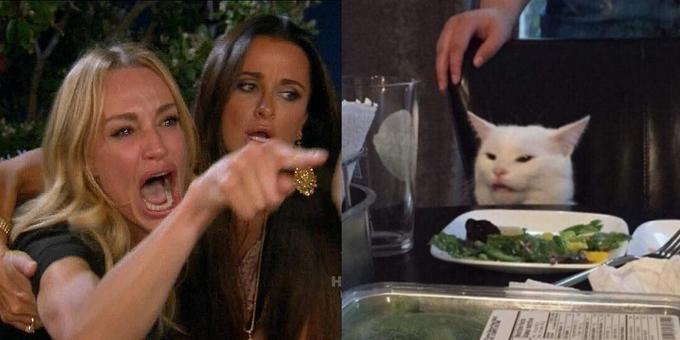 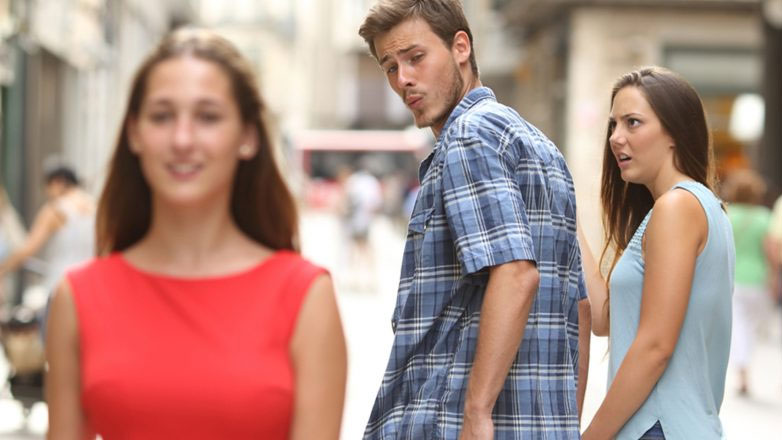 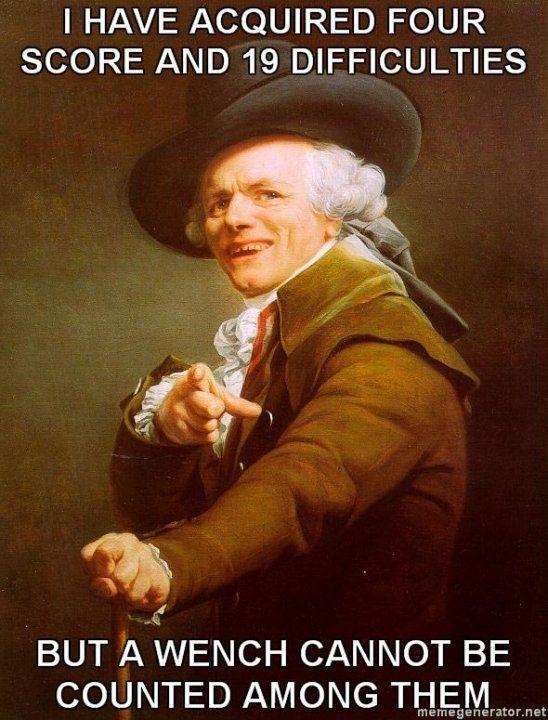 images via Know Your Meme