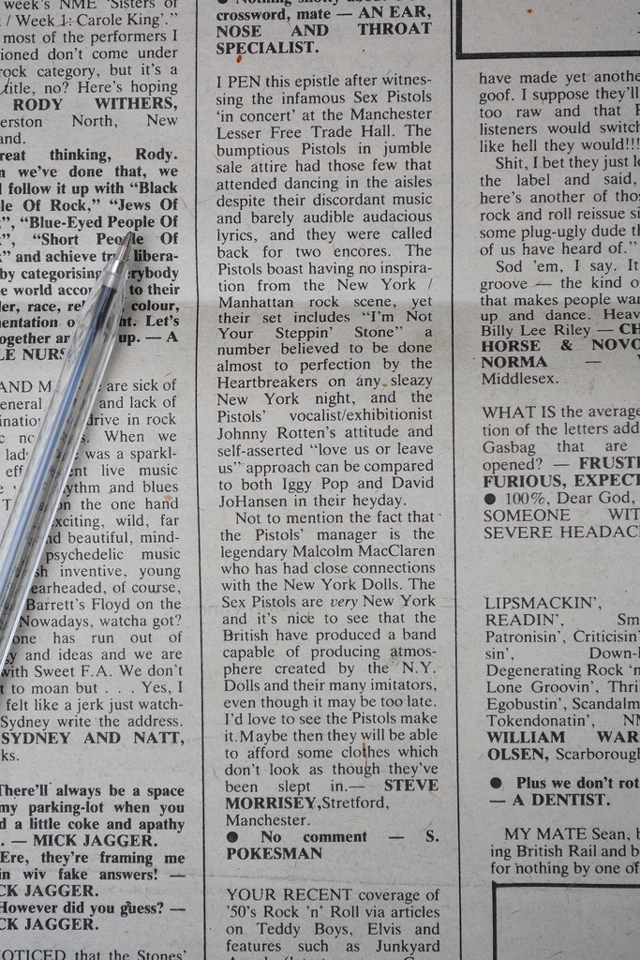 Back in 1976, 17-year-old Steven Morrissey (yes, that Morrissey) wrote a cheeky letter to the British music publication NME recounting a Sex Pistols concert he had recently attended (the band had formed just a year earlier.) The letter ends with a memorable closer:

“I’d love to see the Pistols make it. Maybe then they will be able to afford some clothes which don’t look as though they’ve been slept in. —Steve Morrissey”

Morrissey’s letter was recently brought to light by Shaun Usher of Letters of Note.