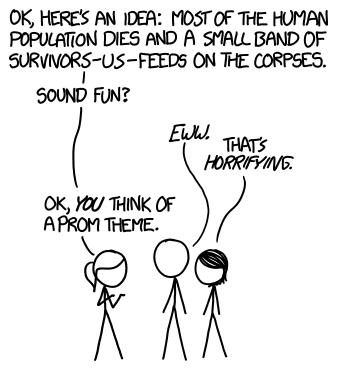 Randall Munroe answers a reader who asks how long our species would be able to survive just by eating one another in the latest edition of “What If” by xkcd. Munroe begins with the 500 trillion calories that comprise the human population and takes his cautionary tale from there.

Eating people who have eaten other people is a bad idea. For starters, it’s a bad idea because you’re eating people. Why are you eating people!? But it’s also bad because it’s an effective way to transmit prion diseases.