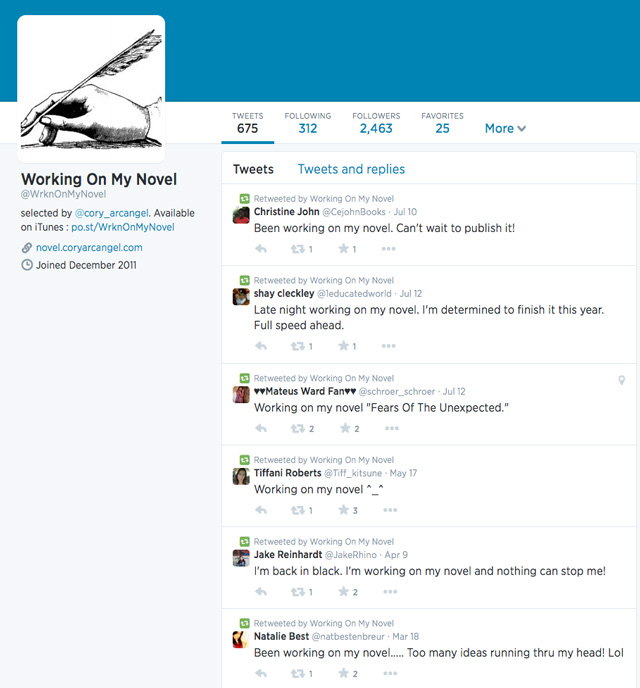 Artist Cory Arcangel has been retweeting Twitter messages that contain the phrase “working on my novel” through his Working On My Novel project and the Twitter account @WrknOnMyNovel since 2012. The 600 or so tweets he has amassed are an often unintentionally hilarious catalog of optimism, procrastination, and self-delusion.

Arcangel recently spent some time working on his own novel — a distillation of 127 tweets from the project entitled, appropriately, Working On My Novel. The project is not his first effort in cataloging the curiosities of Internet behavior — for more, see his 2010 project Sorry I Haven’t Posted.

Drinking white wine and working on my novel.

Love technology! Working on my novel as I sit outside (in my car) during lunch break!

I'm quietly working on my novel, with my playlist on low, and my cat starts snoring next to me. Why does this feel so unfair? :)

image via Working On My Novel