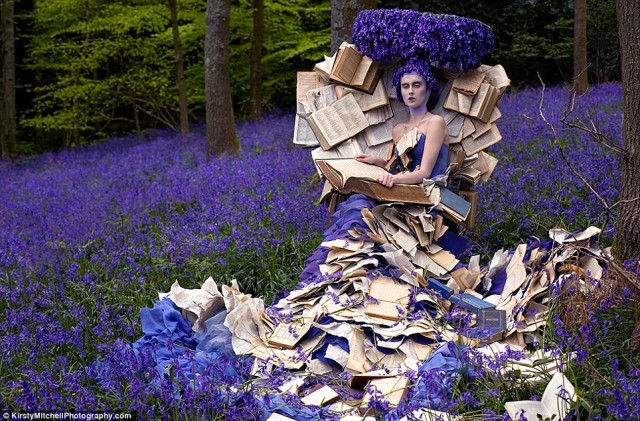 In 2009 British photographer Kirsty Mitchell embarked on a photo series inspired by the memory of her mother, who had died the year previously. Her mother was an English teacher and storyteller, so Mitchell chose fairy tales as the theme for the series, entitled “Wonderland.” Each photo features costumes designed and made by Mitchell—she spent 10 years as a fashion and costume designer before focusing on photography. Mitchell is now wrapping up the series, which includes some 70 photos. The series will be on display at the Morren Galleries in Amsterdam, May 26 to July 23, 2013. A photo book is also in the works.