What We Do in the Shadows is a New Zealand horror mockumentary film co-directed and co-starring Jemaine Clemant, one-half of the comedy-folk duo, Flight of the Conchords. The film, which debuted at Sundance in January 2014, centers around a trio of seasoned vampire roommates who open their flat to a recent convert.

When their 8000 year-old flatmate Petyr, turns 20-something human hipster Nick, into a vampire, the guys must teach him the ropes and guide him through his new found eternal life. And in return they are forced to learn a thing or two about modern society, fashions, technology, and the internet. But it’s the introduction of Nick’s human friend, Stu, that really changes the vampire’s lives and attitudes towards the ever-changing world around them. 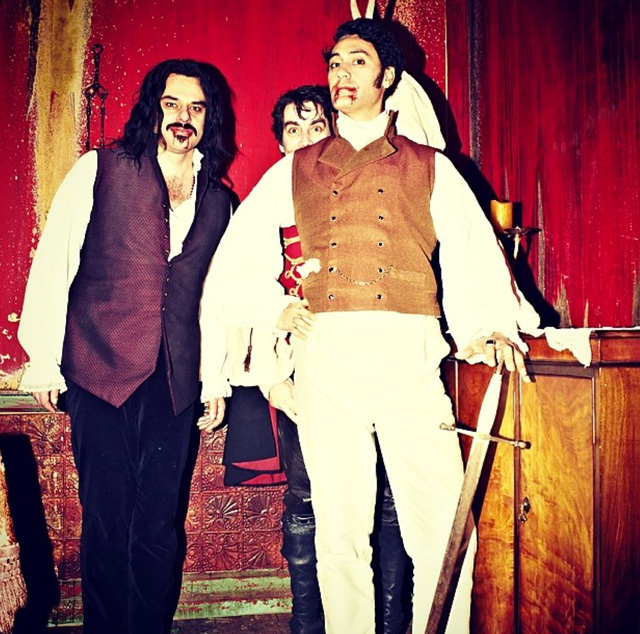