Universal Pictures released the official trailer for Welcome to Marwen, an upcoming live-action animated comedy drama film directed by Robert Zemeckis. The uplifting film tells the true story of Mark Hogancamp (Steve Carell) as he fights to discover how “artistic imagination can restore the human spirit.” Welcome to Marwen is currently scheduled to release in theaters on November 21st, 2018.

When a devastating attack shatters Mark Hogancamp (Carell) and wipes away all memories, no one expected recovery. Putting together pieces from his old and new life, Mark meticulously creates a wondrous town where he can heal and be heroic. As he builds an astonishing art installation—a testament to the most powerful women he knows—through his fantasy world, he draws strength to triumph in the real one. 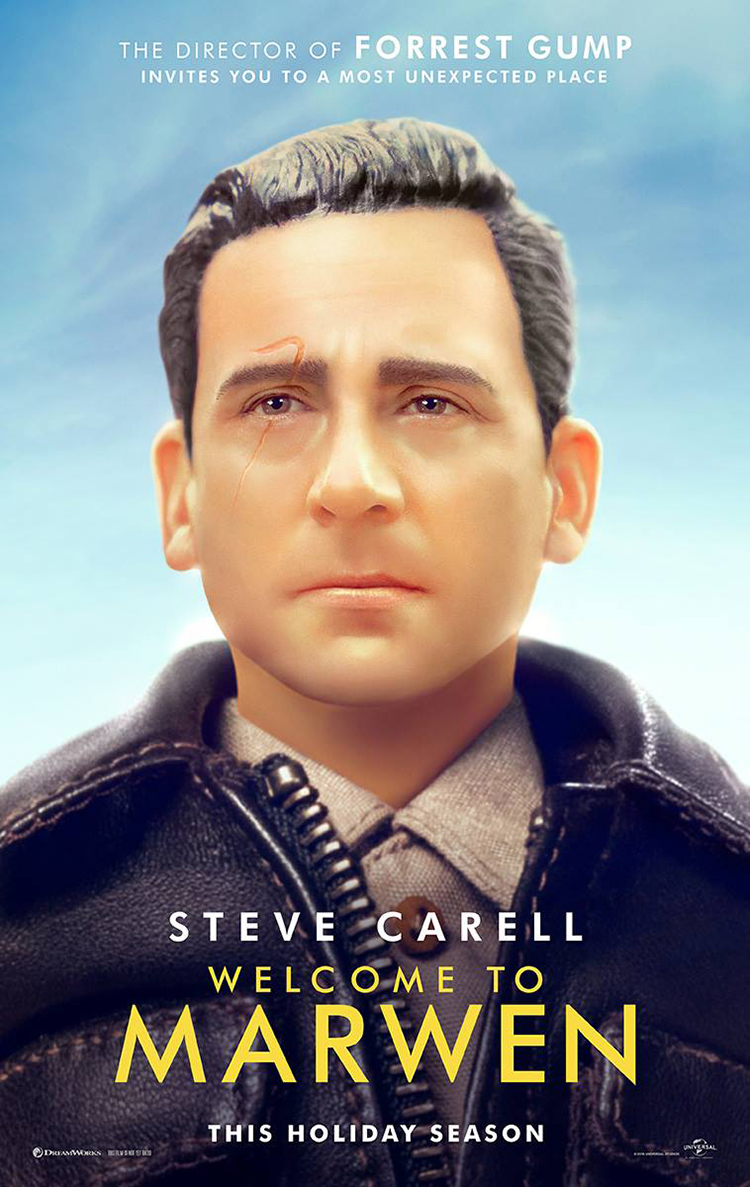