Oscar-nominated documentary WASTE LAND, follows native Brazilian artist Vik Muniz to the world’s largest landfill, Jardim Gramacho. It is there he unravels a fascinating and moving story of art, trash but perhaps, most importantly, the human experience.

Filmed over nearly three years, WASTE LAND follows renowned artist Vik Muniz as he journeys from his home base in Brooklyn to his native Brazil and the world’s largest garbage dump, Jardim Gramacho, located on the outskirts of Rio de Janeiro. There he photographs an eclectic band of “catadores”—self-designated pickers of recyclable materials. Muniz’s initial objective was to “paint” the catadores with garbage. However, his collaboration with these inspiring characters as they recreate photographic images of themselves out of garbage reveals both the dignity and despair of the catadores as they begin to re-imagine their lives. Director Lucy Walker (DEVIL’S PLAYGROUND, BLINDSIGHT and COUNTDOWN TO ZERO) and co-directors João Jardim and Karen Harley have great access to the entire process and, in the end, offer stirring evidence of the transformative power of art and the alchemy of the human spirit. 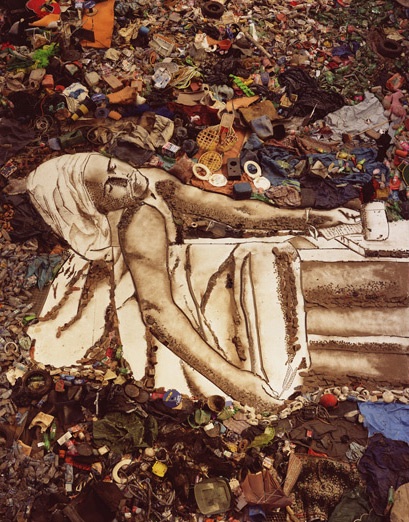 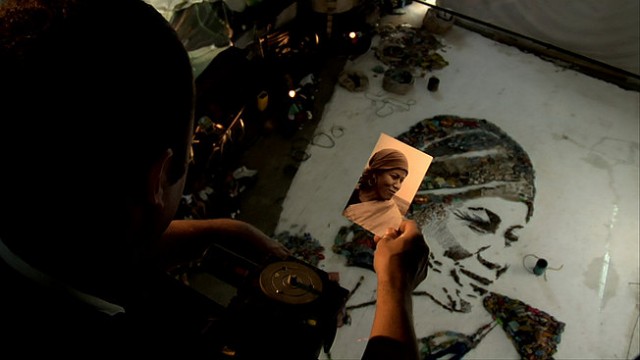 According to a February 2011 interview with musician Moby, on film website Rotten Tomatoes, he allowed director and friend Lucy Walker, to use his songs for free on the movie’s soundtrack. WASTE LAND is currently available to watch instantly on Netflix.

Thanks to Kandra Rivers for the tip.