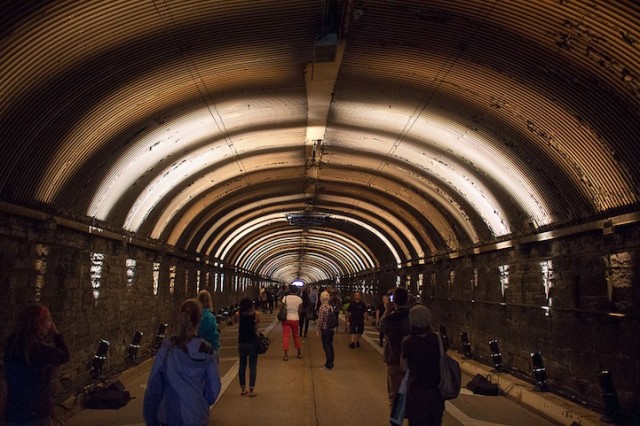 As part of New York City’s Summer Streets event series, artist Rafael Lozano-Hemmer has transformed New York City’s Park Avenue Tunnel into “Voice Tunnel,” a sound and light installation that is activated by the voices of participants. The installation consists of 300 lights and 180 loudspeakers which are placed throughout the 1,400-foot-long tunnel. Participants are invited to speak into an intercom placed at the tunnel’s center—the participant’s voice is then added to a sound loop that plays through the loudspeakers and is synced to the lights. “Voice Tunnel” is open during the remaining Summer Streets events, August 10 and 17, 2013.

via Art Daily, My Modern Metropolis