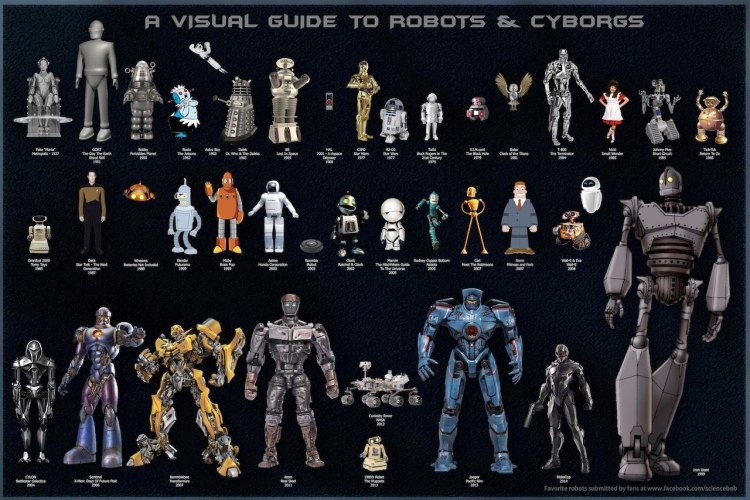 There’s something about robots that people connect to. I knew as soon as I left the theater after watching Star Wars that I would someday have my own R2-D2, (which I now do!) So I decided to ask the followers of my Facebook Page to tell me their favorite robot, and I got a huge response. Below are some of the favorites, and the approximate time that they made their first appearance. I included cyborgs (robotically modified humans) as well as some real robots that were mentioned.