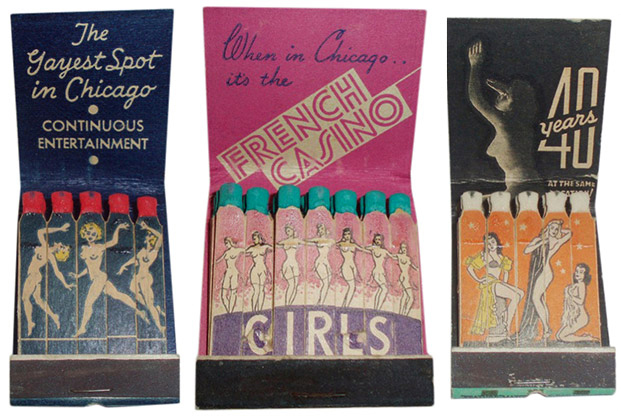 Lisa Hix of Collectors Weekly recently posted an article titled Playing With Matches: Sexy, Silly 1930s Ads That Went Up in Smoke that tells the history of vintage matchbook advertising art. The article spotlights the highly collectable ‘feature matchbooks’ from the 1930s and beyond, which not only puts art on the cover but on the actual matches themselves. There’s a bunch more images of these cool matchbooks at Collectors Weekly, as well as the full story behind them.

Some feature matchbooks have images printed across the whole row of matches. In others, each match was a little work of art, resembling a beer bottle, a bowling pin, an Italian chef, a woman’s leg, or a naked lady in a swimming cap. Coffin makers even offered matches resembling their morbid products…

These odd matches were shaped like bowling pins, beers, and sexy ladies. Believe it or not, they compass everything from WWII racism against the Japanese to burying your dead to living it up in Atlantic City. 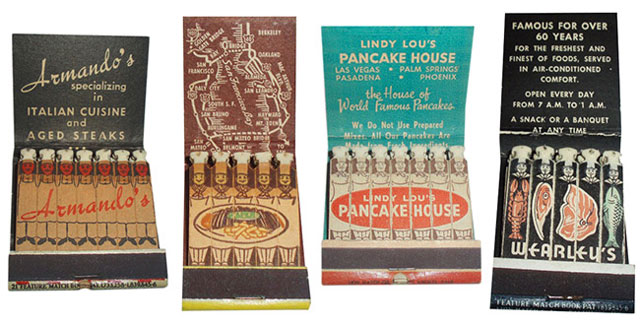