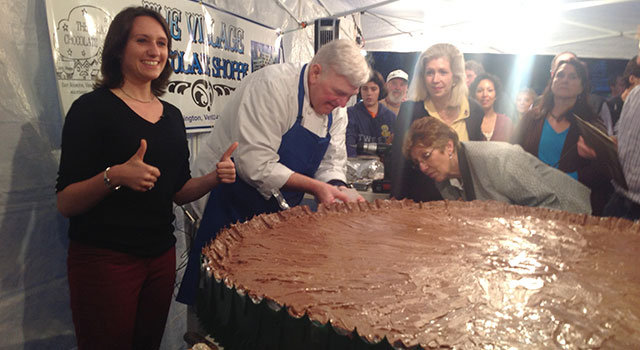 In an effort to set the record for the world’s largest peanut butter cup, confectioner Nick Monte of the Village Chocolate Shoppe in Bennington, Vermont recently create one that weighed in at nearly 230 pounds. WCAX reports that the giant candy measured 59.5 inches wide, used 70.1 pounds of milk chocolate, and just over 159 pounds of peanut butter. Pieces of the candy were sold to benefit Project Against Violent Encounters (PAVE), a Bennington-based organization that helps survivors of violence. Monte has submitted the paperwork to Guinness World Records to determine whether it set the record or not.