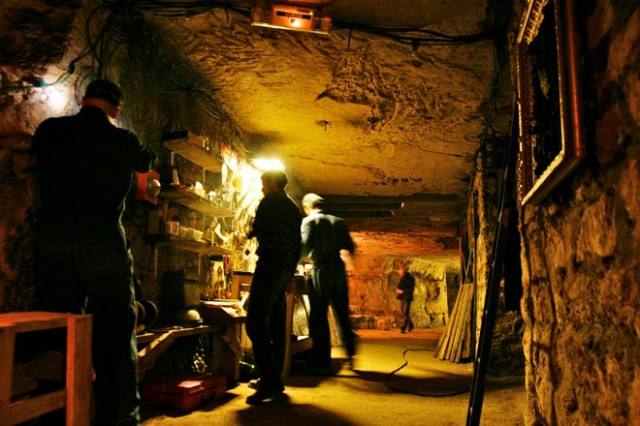 “The New French Hacker-Artist Underground” by Jon Lackman is a fascinating Wired article about the French UX collective, a shadowy group that uses covert actions to preserve neglected historical and cultural treasures in Paris. Over the past 30 years, the group has infiltrated art museums to demonstrate security flaws, and says it has completed 15 covert restorations, including the 2006 repair of the Pantheon clock:

A cadre spent months infiltrating the Pantheon, the grand structure in Paris that houses the remains of France’s most cherished citizens. Eight restorers built their own secret workshop in a storeroom, which they wired for electricity and Internet access and outfitted with armchairs, tools, a fridge, and a hot plate. During the course of a year, they painstakingly restored the Pantheon’s 19th- century clock, which had not chimed since the 1960s.

Thanks to Deborah Yoon for the tip!