TwoDots is a minimalistic video game by Dots featuring gameplay centered around connecting dots with two thematic characters, Amelia and Jacques. The game follows up on the success of the original Dots (see previous post) created by Patrick Moberg.

TwoDots is currently available on iOS with an Android version expected to launch later this year.

“When you take a team that joined our studio to work on Dots, tell them they can’t work on Dots, and instead must build their own game, you end up with this incredible mix of inspired creativity with a touch of resentment,” says Paul Murphy, co-founder and CEO of Dots. “The TwoDots gameplay looks much more derivative of Dots then it actually is,” says Patrick Moberg, co-founder and creator of the first game. “As you dig deeper, you realize TwoDots simply tips their hat to our first game Dots, but quickly takes the player down a very different and fun path.” 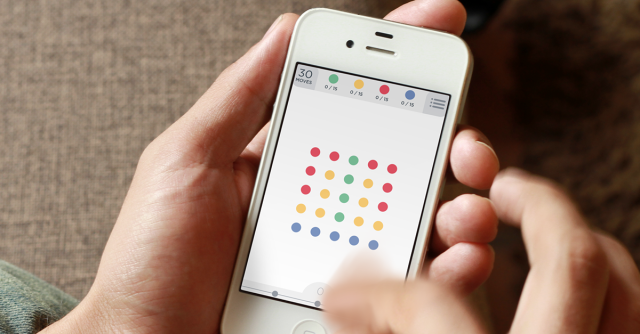 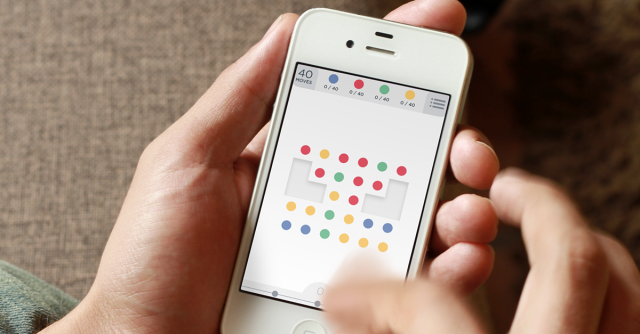 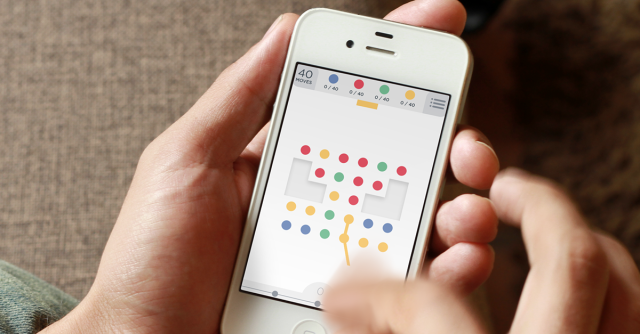 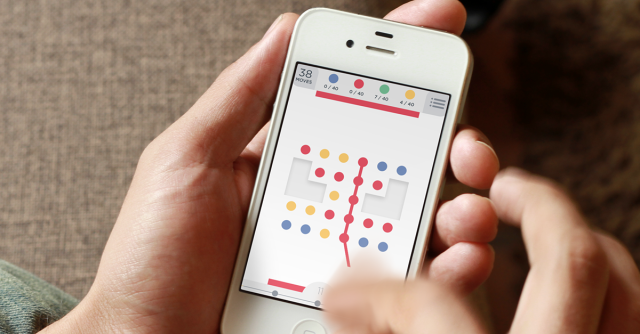