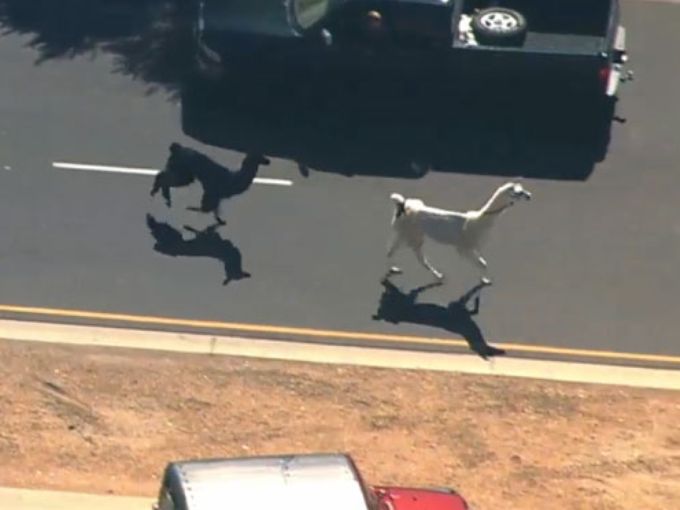 A couple of free-spirited llamas in Sun City, Arizona sent the Maricopa Sheriff’s Posse on a televised wild goose chase throughout the city before they were finally captured by three onlookers. The llamas made for an unusual sight around the Phoenix area neighborhood and it didn’t take long for the entire country to fall in love with the camelid couple, so much so that the ensuing chase became a trending topic on Twitter.

During the hour-long chase, the animals dodged cars as they crossed Thunderbird Boulevard, disobeying pedestrian and vehicular laws and forcing those who were following them through neighborhoods to run in circles. …The pair was separated briefly during the chase, but found each other again shortly before the black llama was lassoed in by two citizens near 103rd Avenue. Alone, the ivory-hued llama fended for itself against its assailants for another 15 minutes before it was finally lassoed by an onlooker who was riding in the bed of a pick-up truck alongside the animal.

UPDATE: Llamas got loose when they were spooked out of a trailer. The llamas were at an elderly care facility where they help with therapy. 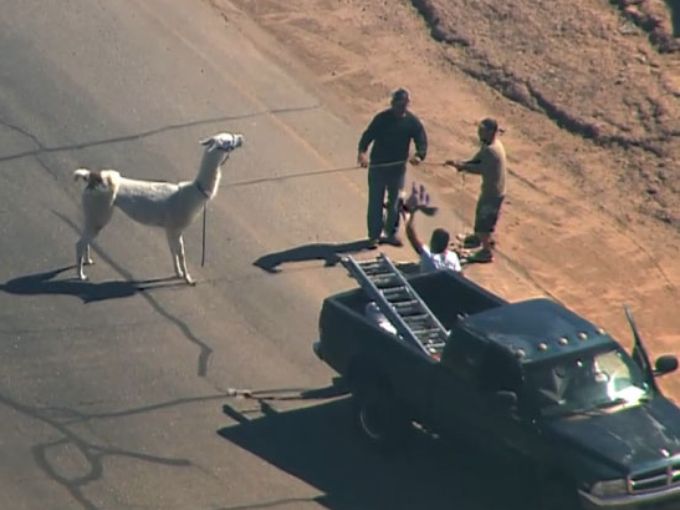 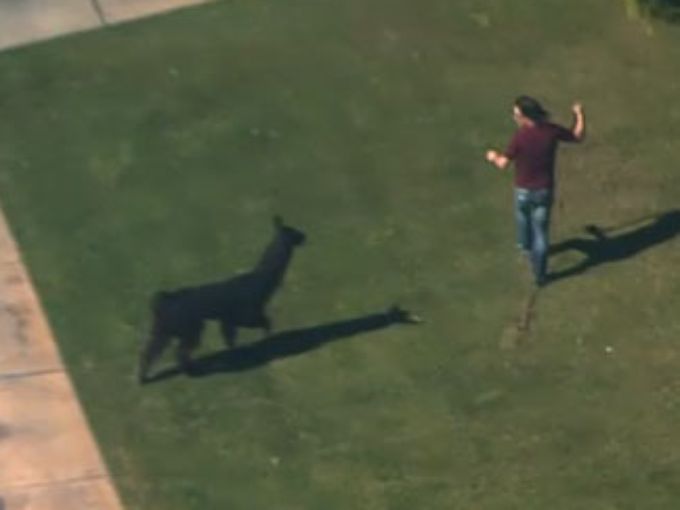 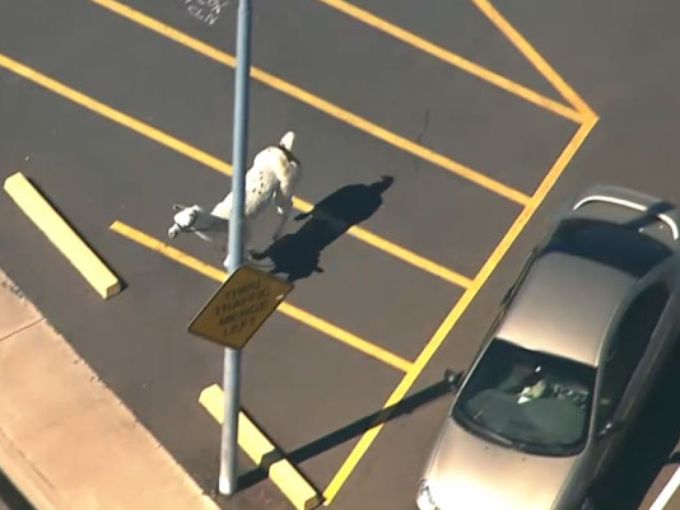 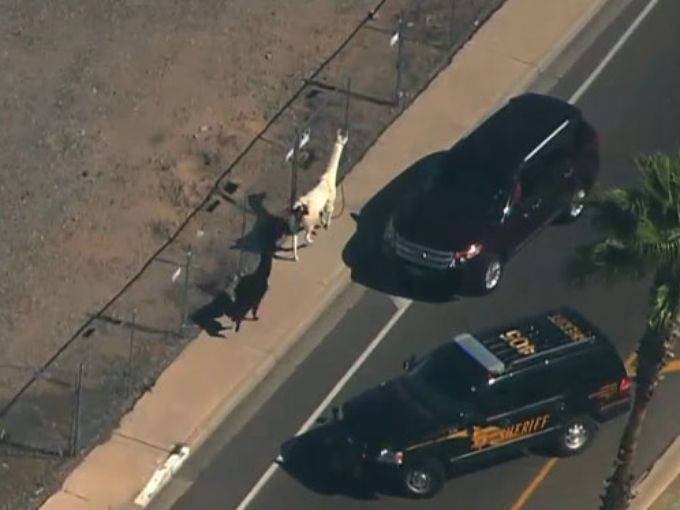