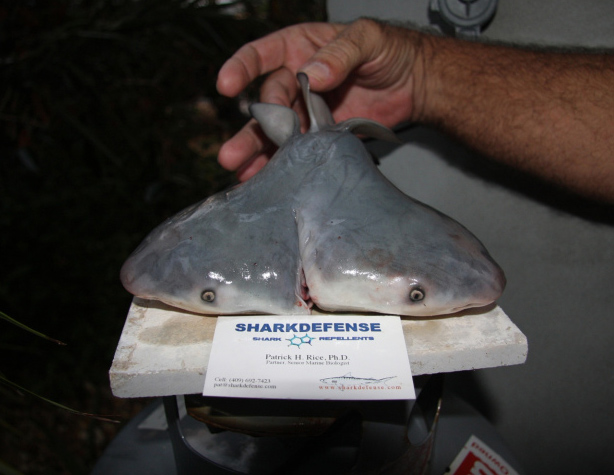 Back in 2011, a fisherman off the coast of Florida caught a female bull shark and made a remarkable discovery—in the uterus of the shark he found a live two-headed shark fetus. The bizarre creature died shortly thereafter and was eventually delivered to scientists. An article published this month in the Journal of Fish Biology confirms that the fetus is the first case of dicephalia—“two-headedness”—in a bull shark. Dicephalia occurs when twins fail to fully separate during development in the uterus, a condition also known as axial bifurcation. The rare deformity has been observed in a wide variety of animals as well as humans, though the abnormality is often fatal. 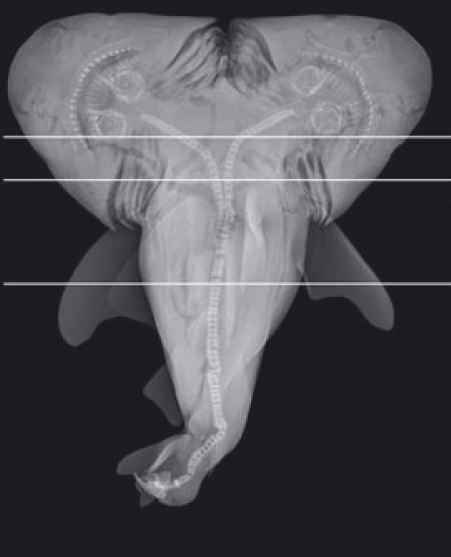