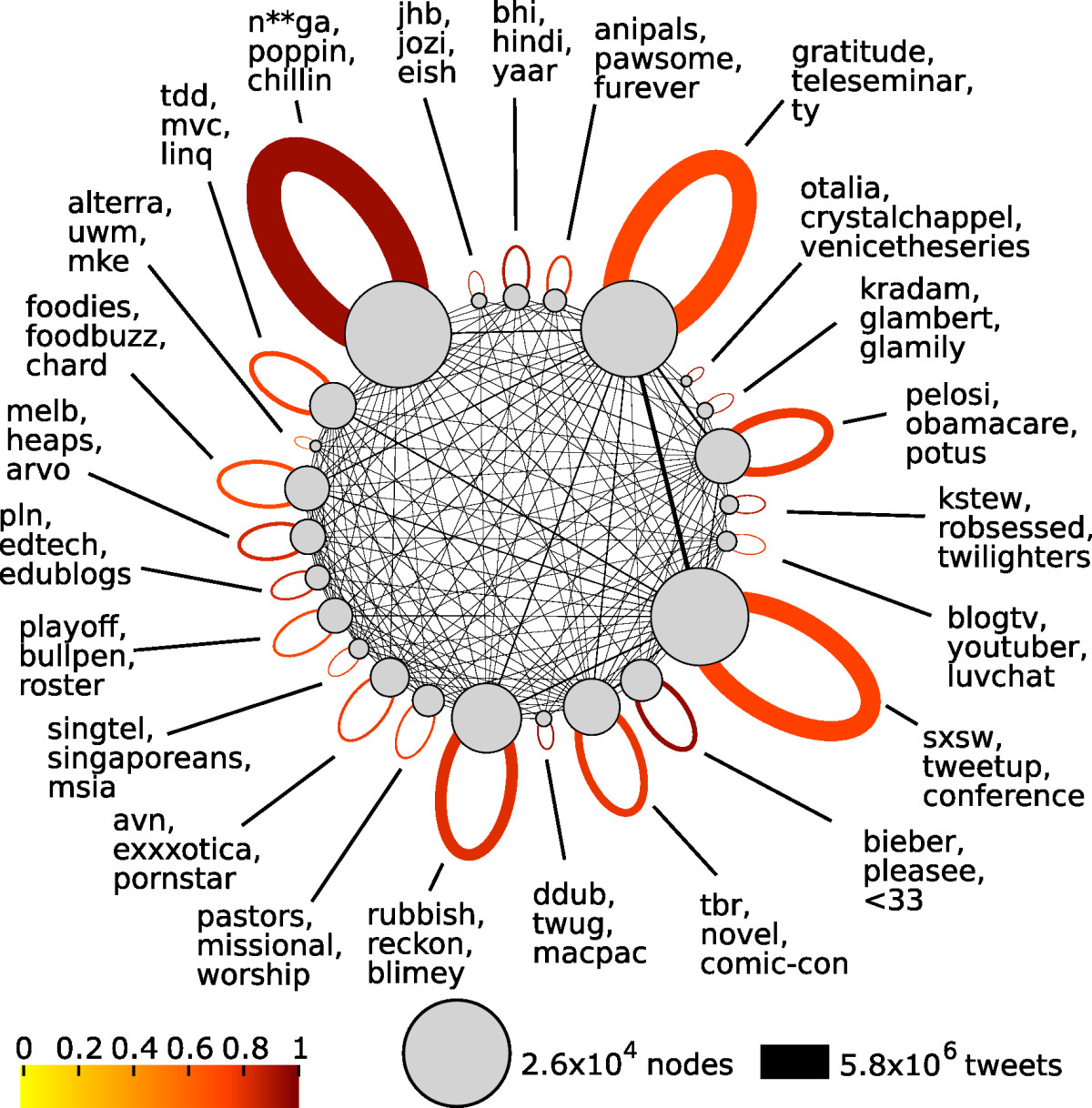 Researchers at Princeton University and the University of London analyzed 75 million tweets from 189,000 users, and found that they could use specific words to group Twitter users into tribes that share a common occupation or interest. For example, users tweeting with words like “playoff,” “bullpen,” and “roster” are likely interested in sports, while others tweeting “kstew,” “robsessed,” and “twilighters” probably share a common interest in Stephanie Meyer’s Twilight series. Researchers then used these findings to predict which tribes Twitter users would fall into based on their word choice, and plan to patent their methods for possible applications in targeted advertising. Of course, this doesn’t account for the significant number of users who tweet sarcastically, but whatevs, I’m off to get foodies, read edublogs, and talk about the Biebs with my anipals.