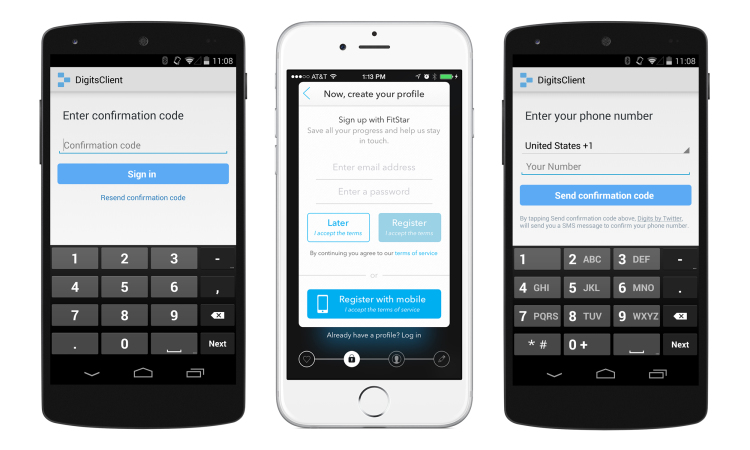 Twitter recently launched Digits, a way for people to sign into apps and websites with their phone numbers. The method — launched as part of the social network’s announcement of their mobile platform Fabric at the recent Flight mobile developer conference — sends a confirmation code to the phone number presented to verify it, allowing users to sign in and sign up to websites and apps. Twitter has posted a detailed overview of Fabric for developers, as well as a blog post further explaining Digits.

We built Digits after doing extensive research around the world about how people use their smartphones. What we found was that first-time Internet users in places like Jakarta, Mumbai and São Paulo were primarily using a phone number to identify themselves to their friends. But until Digits, there has been no simple way for app developers to integrate phone-based sign-up and sign-in to your apps.

Mat Honan has also written a lengthy article about both of the releases on Wired.