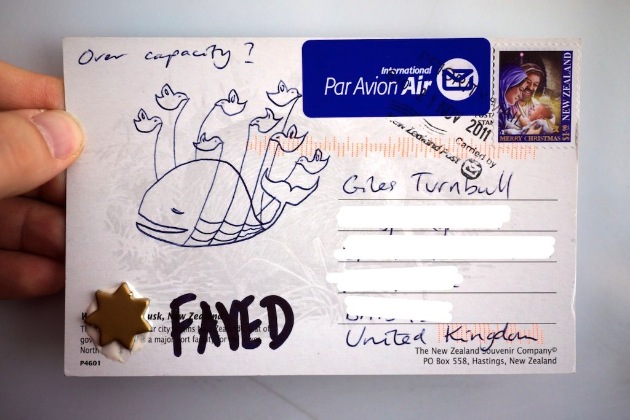 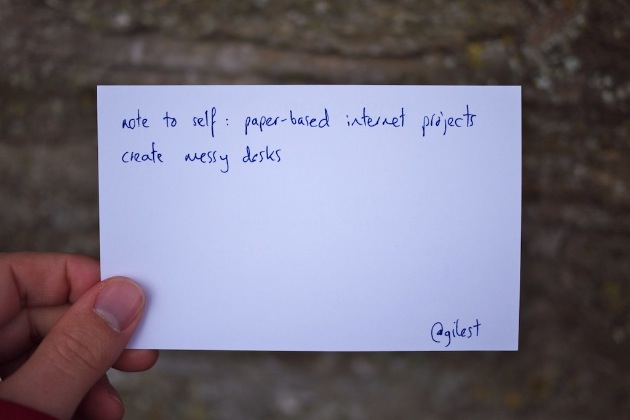 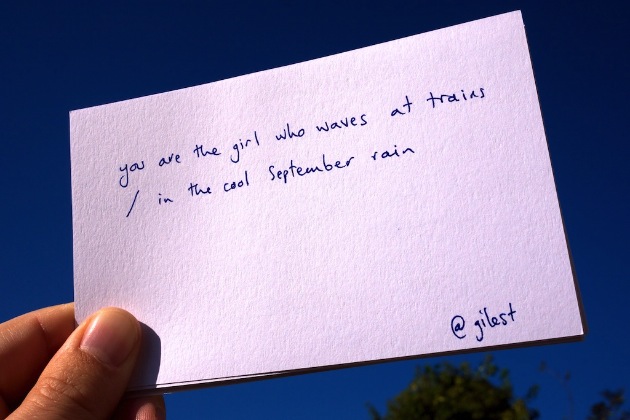 Freelance writer Giles Turnbull had an idea to respond to his Twitter feed by snail mail using postcards. For each tweet he received from the lot of pre-chosen volunteers, he responded with a mailed postcard and urged them to do the same. The project, Twitter-by-post, “wasn’t an attempt to reject the internet—it was a way of celebrating it”.

Giles described the entire project on The Morning News with plenty of images:

The mechanics of it took a while to work out. Most difficult was replicating my personal Twitter timeline—how could I post the same thing to everyone? Well, by writing it out lots of times.

For those “public” tweets, I wrote the same thing out 15 times, on 15 cards, and sent them to 15 different people. This took every moment as long as you might think; possibly a little longer.

Other tweets were easier to do. The analogue of sending an @reply or a DM is simply sending one card to one person. Much simpler. Soon after starting the project, I settled on these as the best way of communicating.