Described as the “ultimate man cave,” Twin Peaks is a U.S. restaurant (“breastaurant”) chain that has a “rugged mountain lodge” theme and a staff of scantily clad “lumberjills” who serve food and (exceptionally) cold beer. Owner Randy DeWitt says in their promo video that he wants Twin Peaks to be a place where his mother is comfortable and where his neighbors can bring their kids.

Seriously: What guy doesn’t crave incredibly tasty house-made comfort food? Or draft beer so cold that ice crystals form in the glass? Or his favorite sports on state-of-the-art TVs in a rugged mountain lodge setting? Twin Peaks has all of that – and to top it off, it’s all offered up by our most prized assets: the friendly, attentive, and beautiful Twin Peaks Girls.

Twin Peaks is hiring for “a girl like you“: 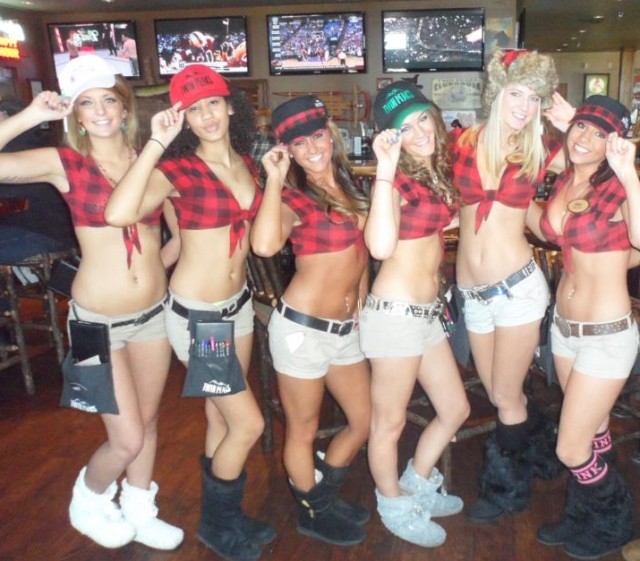