Trumpet City is a live art installation by On Foot Productions that involves 18 or more trumpets playing droning notes for an hour. The installation first took place in Zurich in 2009 and has since been mounted in Bern, Switzerland and, most recently, New York City, the latter of which included 92 trumpets.

The work is made up of four 15-minute sections, which may flow one into the next. Each section contains a single melody made up of long tones perforated by silence. The melody starts in the low range of the trumpet, blending with the drone of traffic noise common to many cities. Over the course of the hour, the trumpets rise out of this drone.

The next Trumpet City will take place on September 20th in Williamsburg and Greenpoint, Brooklyn. 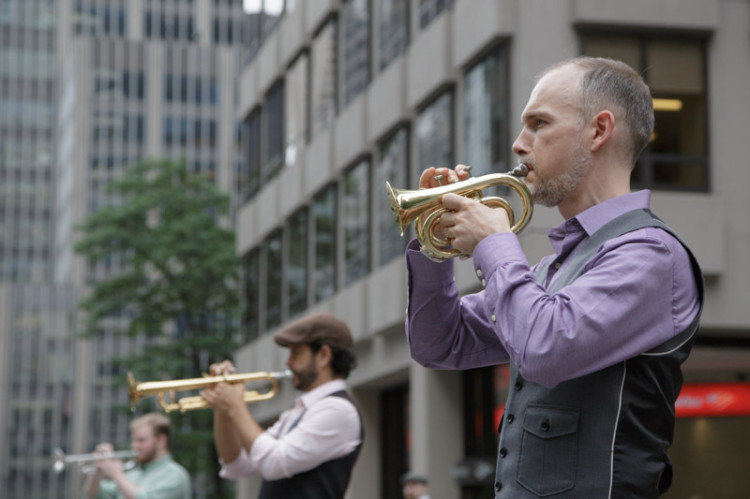 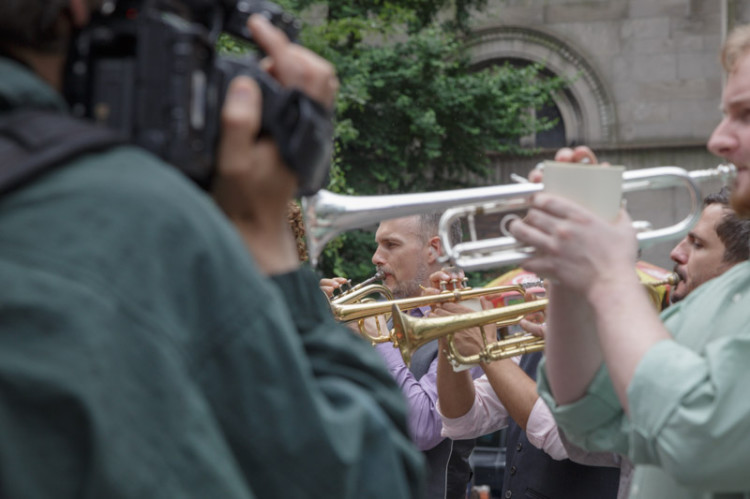 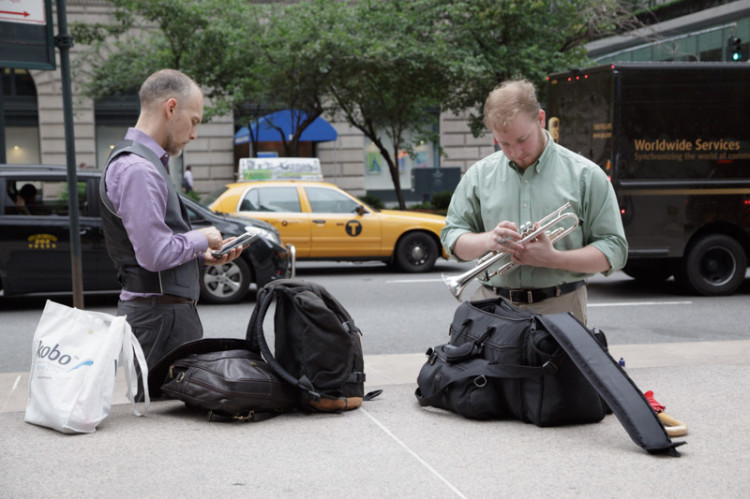 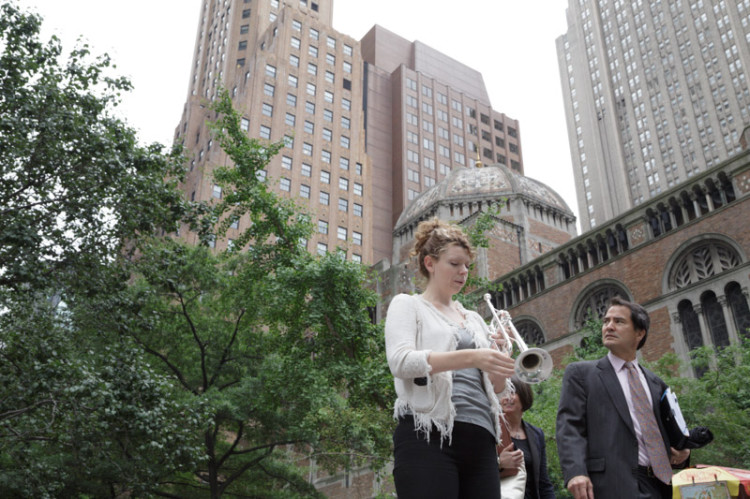 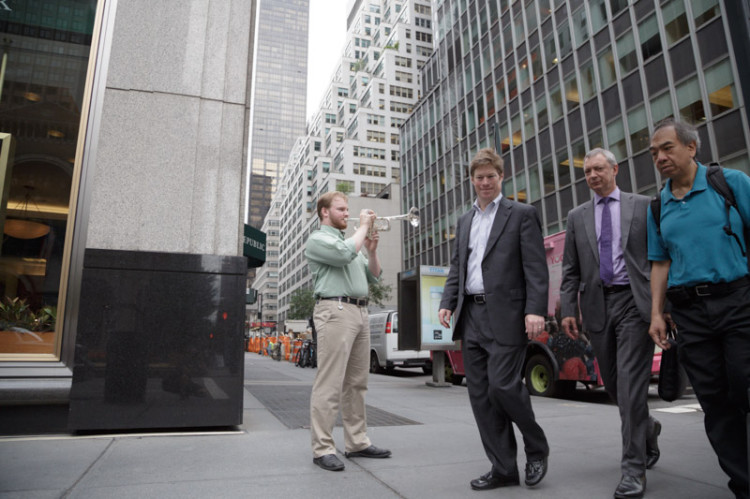 images via On Foot Productions