Artist and illustrator BoosterPang decided to portray the smiling, animated cereal mascot Cap’n Crunch as a fully realized human being posing in a traditional 18th Century Naval portrait. The normally buoyant, saluting Cap’n sported a green-and-gold uniform and had a stern look on his jowly face.

Another thing no one asked for.

Wanted to do a realistic 18th century style naval portrait of the one and only Captain Crunch. pic.twitter.com/r0ezgaf732

Prints and other items with this image are available for purchase through BoosterPangs Society6 store.

Here’s the original version of the Cap’n. 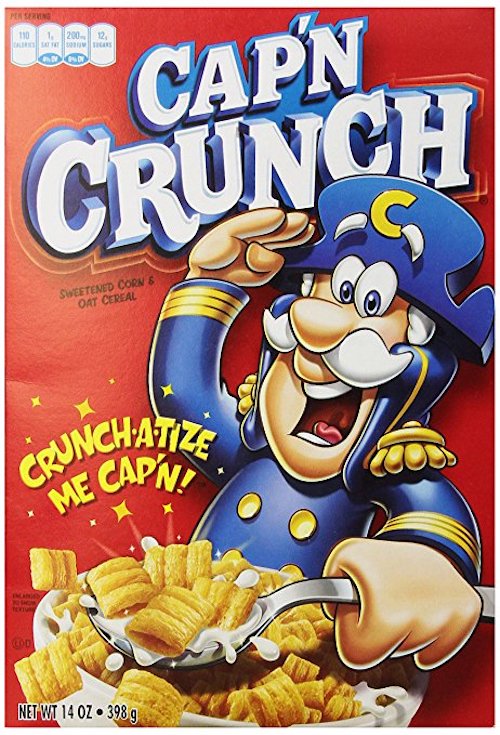