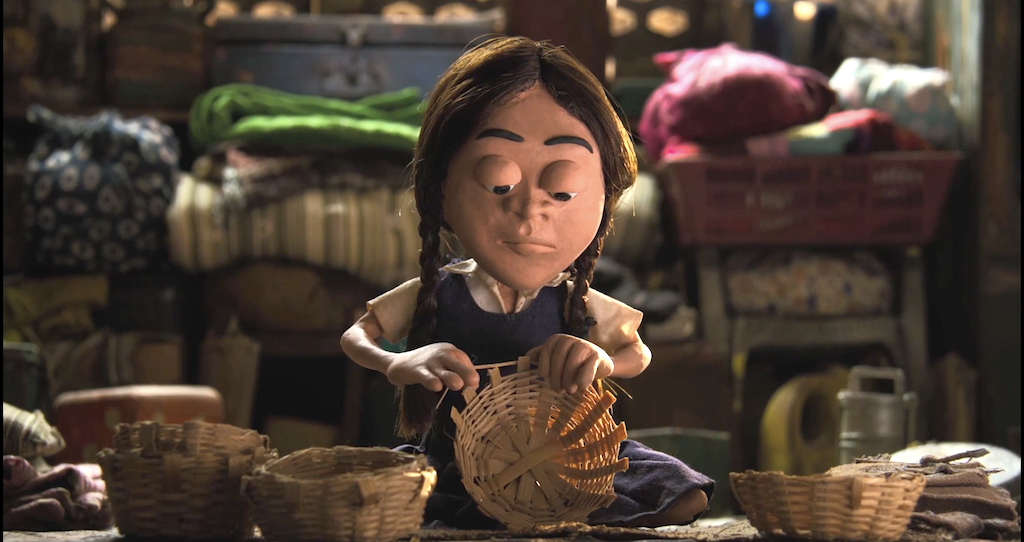 “Tokri” is a beautiful clay stop-motion animated short by Suresh Eriyat and Studio Eeksaurus that tells the story of a curious young girl who makes an error in judgement that causes her to break her father’s beloved watch. Fearing the loss of her father’s love, she decides to take matters into her own hands by selling baskets on the street. It’s there she learns what is really valuable within a family.

A clumsy accident leads a young girl onto the streets of Mumbai in the hope of making things right. A gentle and touching father/daughter story …

The story came to Eriyat when he encountered a young girl selling baskets on the streets of Mumbai.

The idea for the story of Tokri came to Suresh from an incident that happened in his life. A little girl walked up to him one day at a signal trying to sell him some baskets. …Suresh did not think much of it and shooed her away. As he drove off, he was hit with guilt, wondering what circumstance made the little girl sell baskets, and what if his brashness had done little but drag her situation for longer.