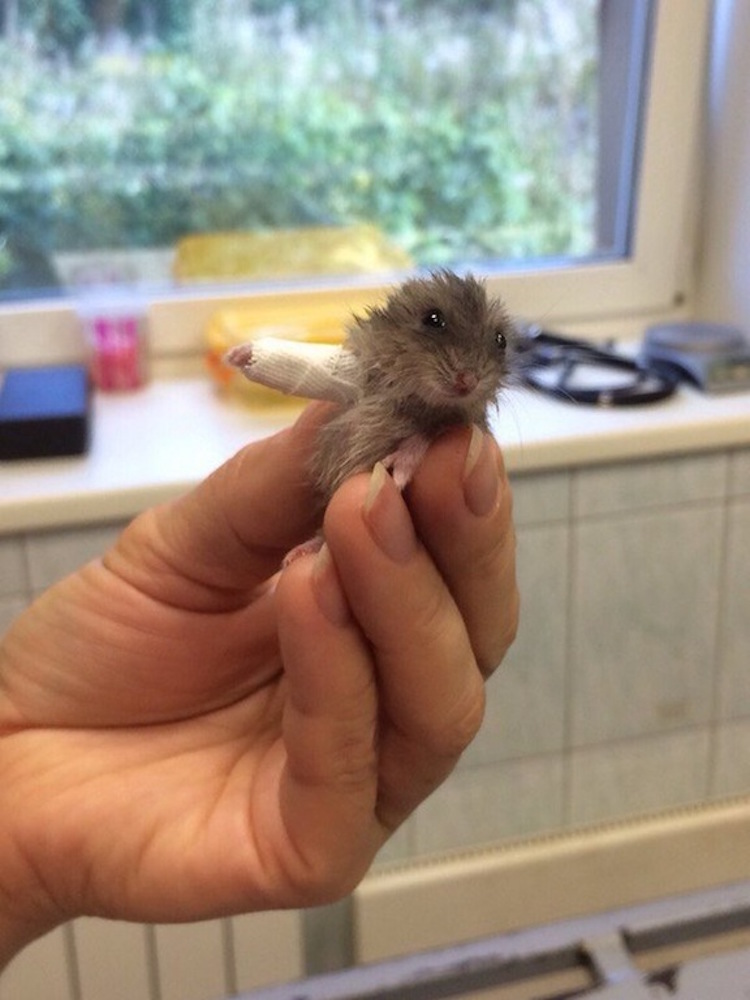 GeorgeOnee posted an oddly adorable photo that showed his tiny little hamster wearing a tiny little cast in order to heal his tiny broken arm. While GeorgeOnee didn’t say how his hamster broke his arm, he did say that insurance covered the cost of the cast.