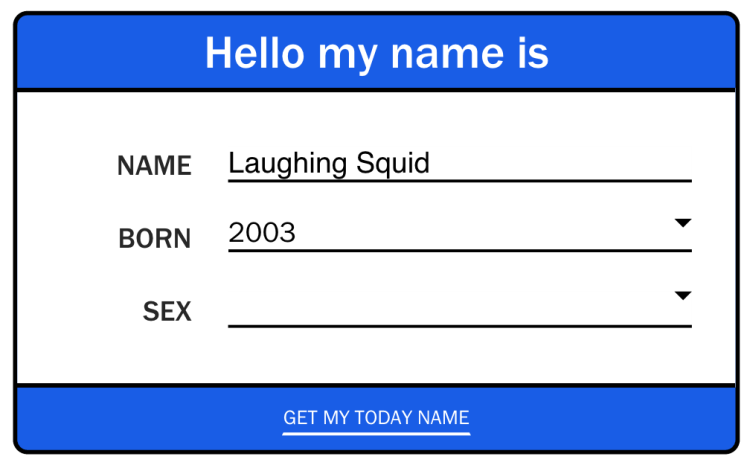 Time has created a new web app people can use to find out what their name would be if they had been born in a different year. The app works by comparing where a name ranked in popularity for a given year according to baby name data provided by the Social Security Administration. For example, if a user was named “Glen”, the 328th most popular boy’s name for 1983, the app would return the following results for various decades. 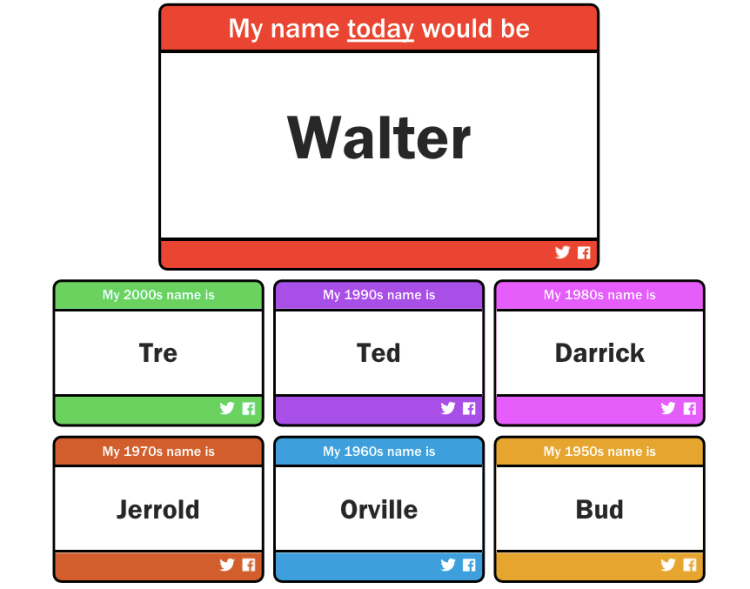