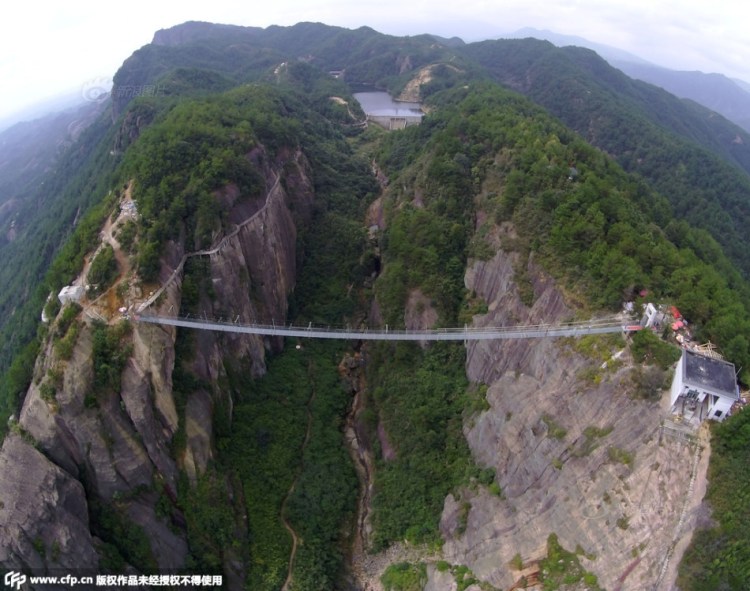 The world’s longest glass suspension bridge has opened at Shiniuzhai Geopark in China’s Hunan Province. The 300 meter bridge was originally constructed with wood, but was converted using 24mm-thick glass that is 25 times stronger than regular glass. Tourist are given special shoes to wear as the cross the clear bridge that hangs 180 meters above the ground. 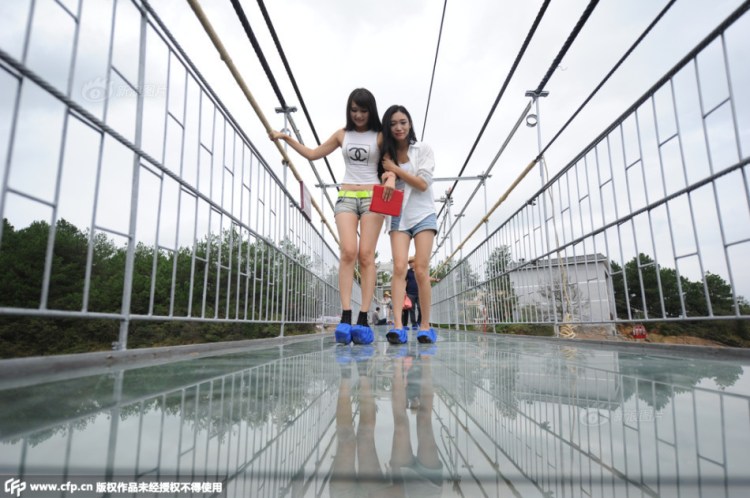 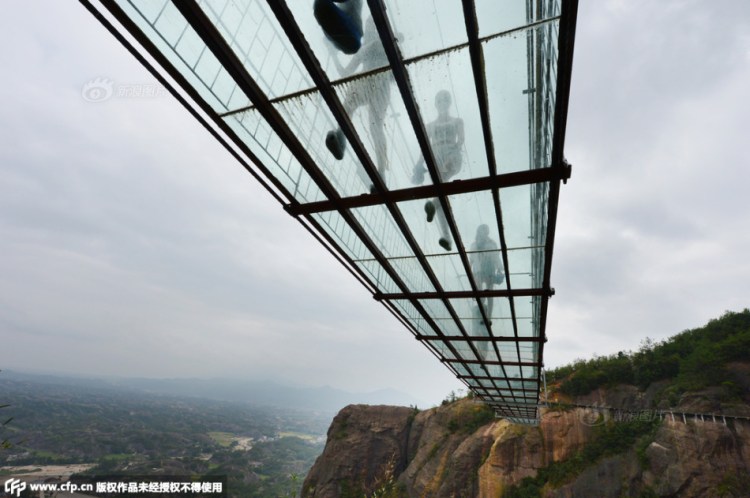 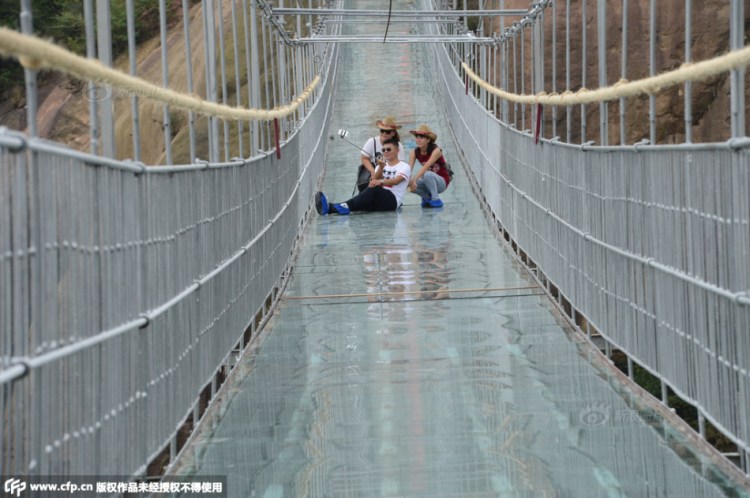 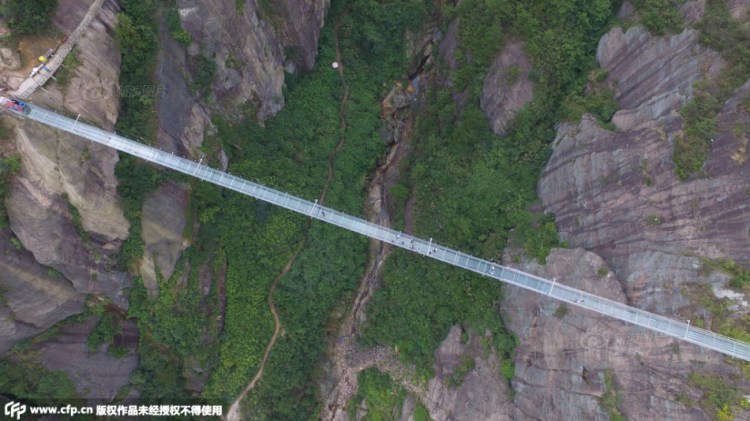