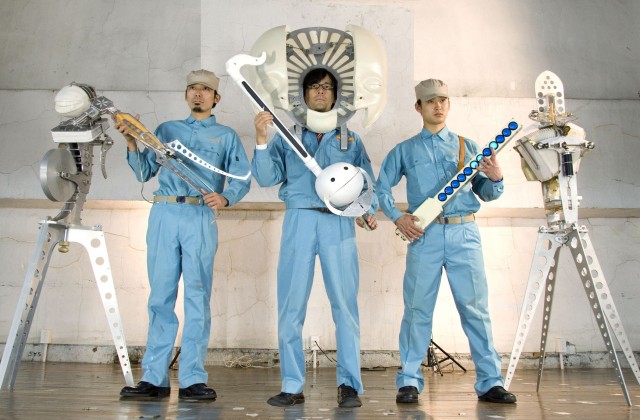 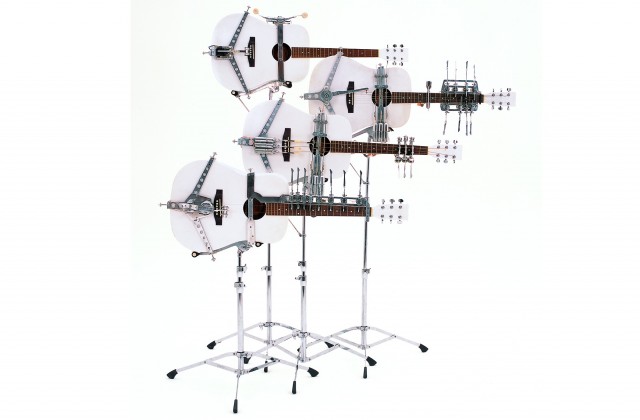 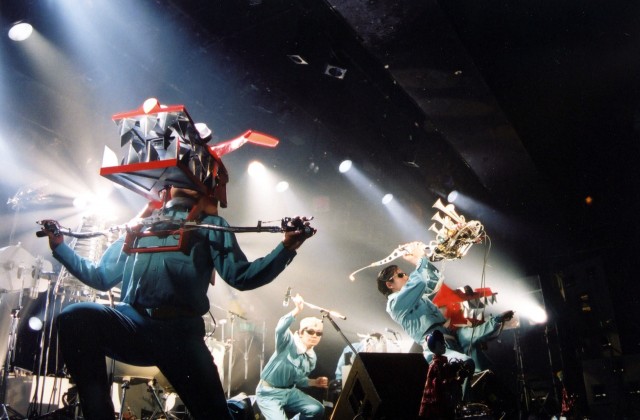 Maywa Denki is a wonderfully absurd Japanese art group whose public face is a nonsense company by the same name. The company produces a whimsical array of often elaborately over-engineered electronic and mechanical instruments and devices. The instruments are featured in bizarre “product demonstrations” (musical performances) by company President Nobumichi Tosa and his employees.

They’ve also produced the Otamatone, an adorable electronic instrument that looks like a musical note with a face. The mouth is squeezed open and closed to control volume. Nobumichi Tosa performs a little Beethoven with a small Otamatone, and a rousing rendition of “The Star Spangled Banner” with Otamatone Jumbo. There’s even an Otamatone iPhone app.

Maywa Denki is an art unit produced by Nobumichi Tosa. It was named after the company that his father used to run bygone days. The costume is designed as a typical working uniform of Japanese electric stores, symbolizing small/medium-sized enterprises that had once supported Japan’s economy during its high-growth period. Its unique style is indicated by a term he uses: for example, each piece of Maywa Denki’s work is called “a product” and a live performance or exhibition is held as “a product demonstration.”