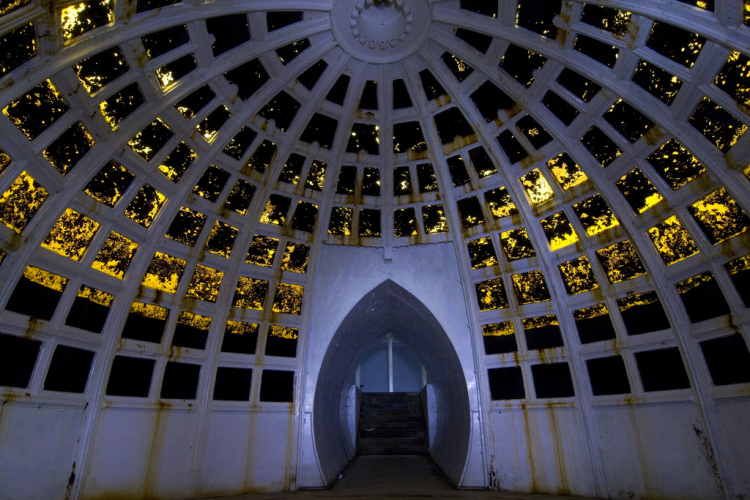 In the late 1890s, wealthy English investor Whitaker Wright added a Victorian architectural oddity to Witley Park, his lavish estate in Southeast England. At the bottom of one of his manmade lakes (there are four at Witley Park), Wright had an underwater room constructed out of metal and glass. The domed room is illuminated by murky light that filters down from the lake’s surface, 40 feet above. The room was intended as conservatory and smoking room, but its impressive domed ceiling earned it the nickname, the “underwater ballroom.” Shortly after the underwater ballroom was completed, Wright was exposed as a financial swindler and was charged with fraud. He was convicted in 1904 but killed himself with cyanide before he could serve his sentence. His estate was sold off, and his 32-room mansion burned down in 1952, but the ballroom still remains at the bottom of the lake.

Daily Mail Online has more on Wright and his architectural folly. Flickr users cybergibbons and Large Pig have photos of the ballroom and Witley Park (the ballroom is not open to the public.) 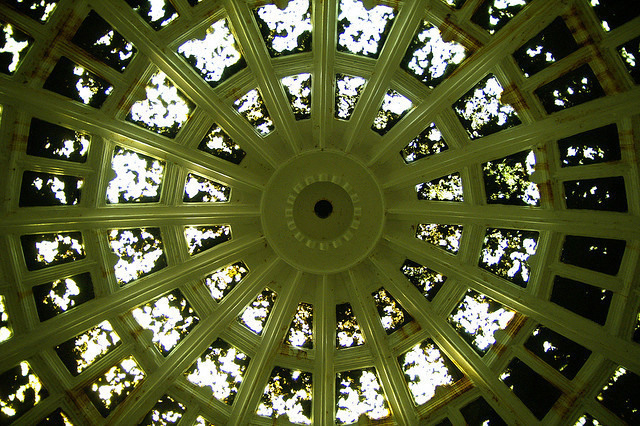 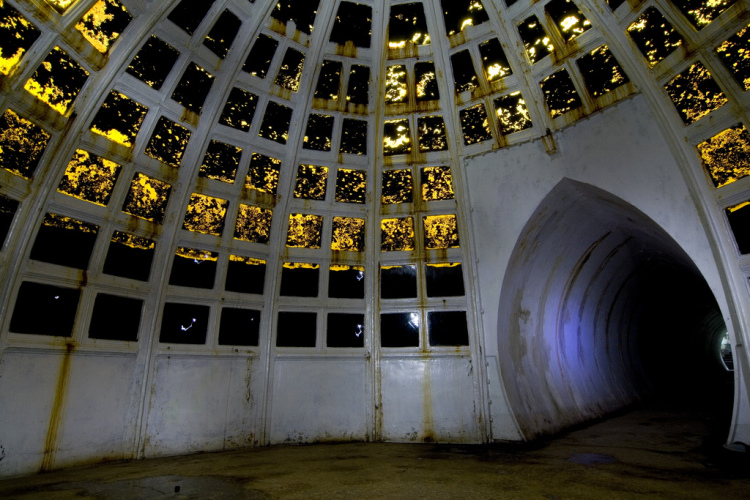 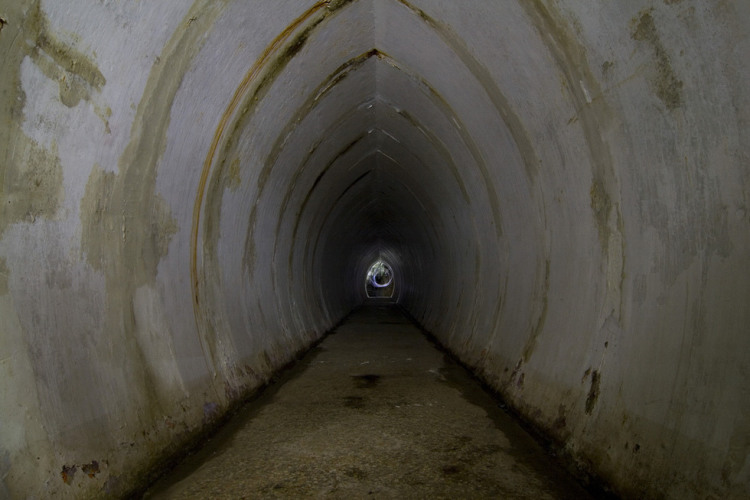 The access tunnel to the underwater ballroom. Photo by Large Pig 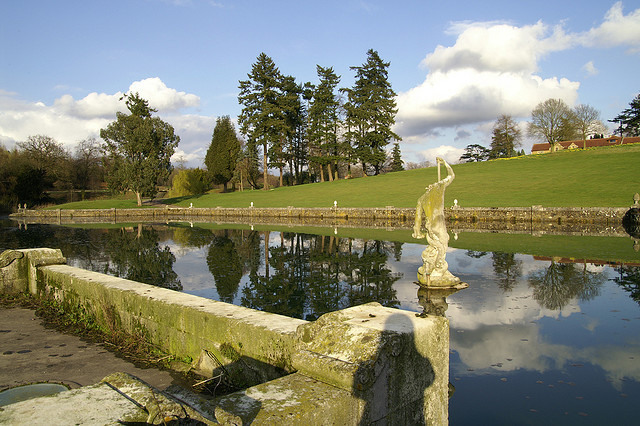 A statue above the ballroom. Photo by cybergibbons