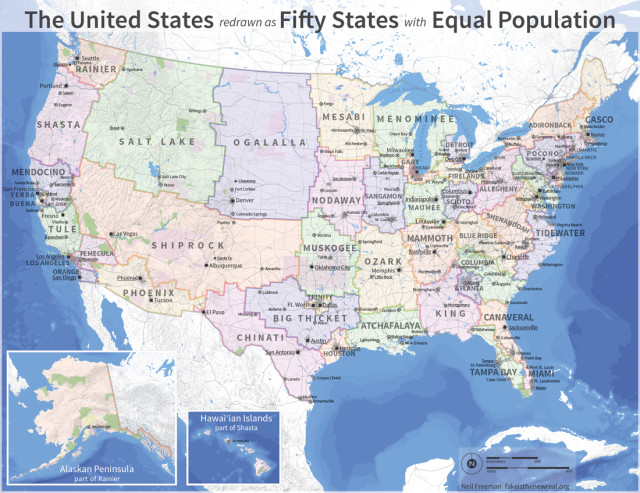 Artist and urban planner Neil Freeman created this imaginary map of the United States which is divided into 50 states of equal populations (roughly 6 million people per state). In this scheme, California is divided amongst 9 states, while New York City becomes its own state. The map is Freeman’s commentary on the Electoral College system:

The fundamental problem of the electoral college is that the states of the United States are too disparate in size and influence. The largest state is 66 times as populous as the smallest and has 18 times as many electoral votes. This allows for Electoral College results that don’t match the popular vote. To remedy this issue, the Electoral Reform Map redivides the fifty United States into 50 states of equal population.