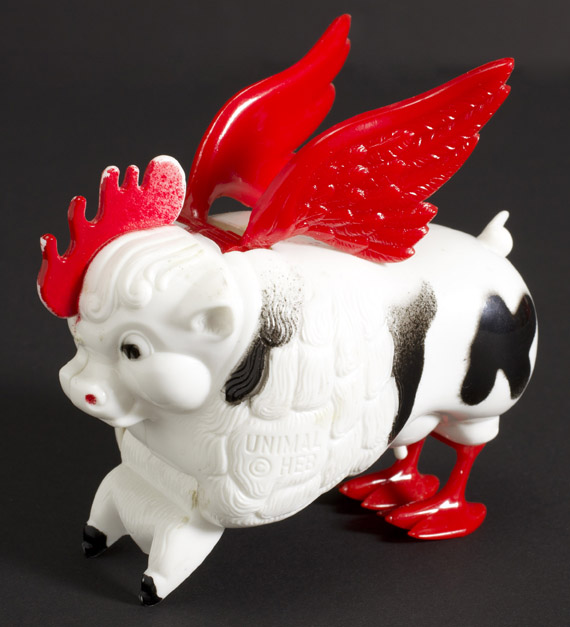 The Unimal was a curious mascot for animal agriculture created by Cornell professor Howard E. Babcock in the middle of the 20th century. The Unimal was a hybrid creature consisting of five different farm animals: a cow, steer, pig, sheep, and chicken. To educate children about animal agriculture and animal-derived foods, in 1950 Babcock had the Unimal produced as a toy. As Attaboy demonstrates in this video, when the toy is pressed, tiny food products drop out of it. The Unimal is also described in this clip from the 2006 documentary Farmboy. 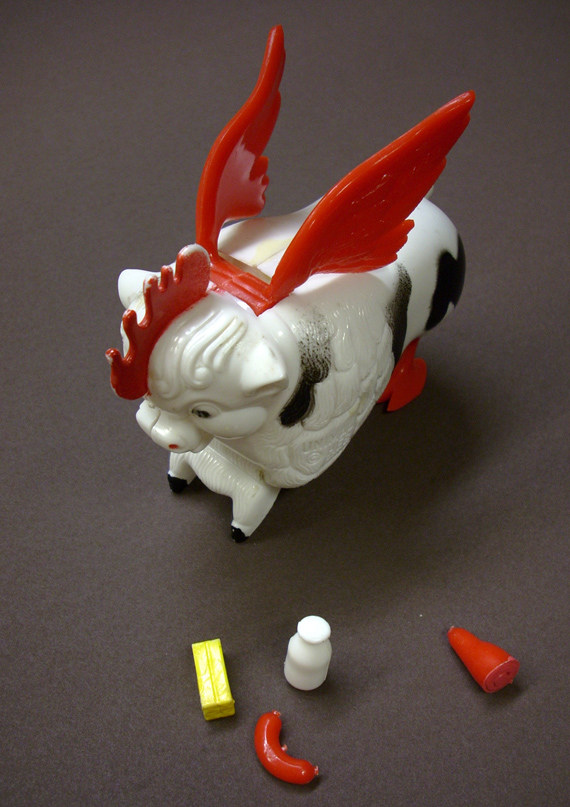 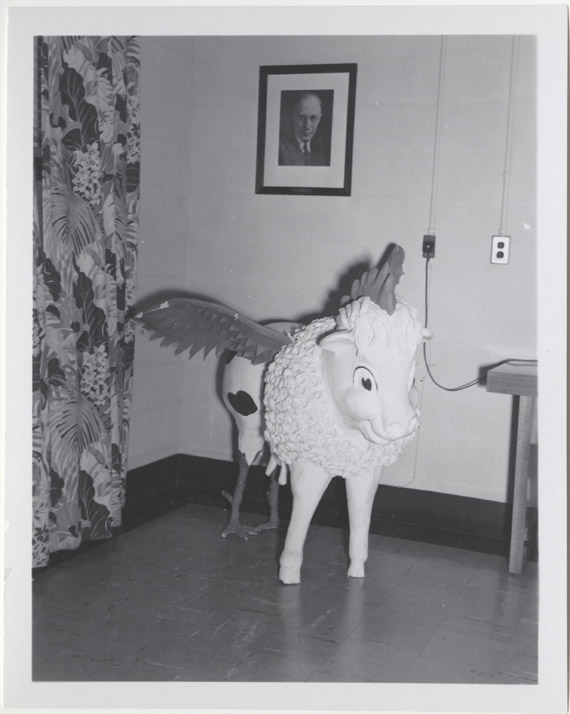 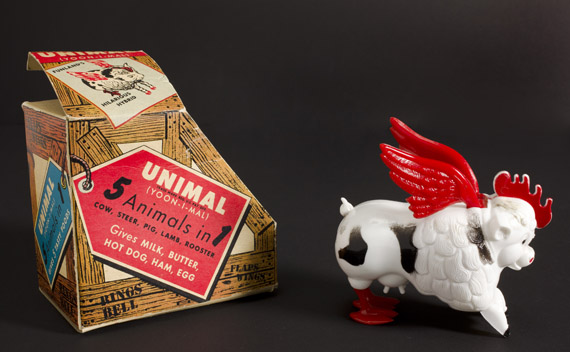