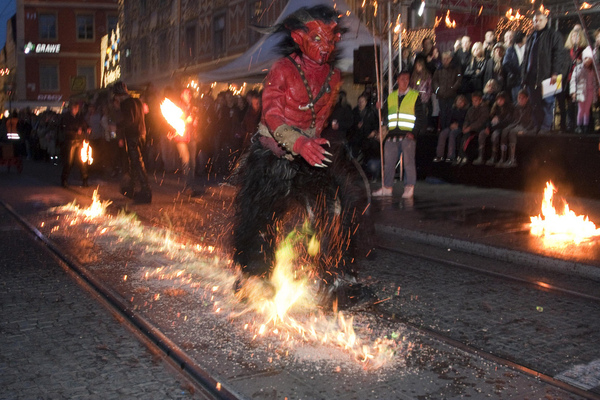 Al Ridenour looks at the history of the demonic European Christmastime character Krampus in the Atlas Obscura article, “The Truth About Krampus.” Ridenour is the director of the Los Angeles Krampusfest, which commences on December 5.

Accompanying St. Nicholas on his gift-giving rounds to direct a little switch-swinging intimidation toward the naughtier kids, the Krampus has become the most well-known of other Central European characters playing a similar role. Originally appearing under that name in Austria and Southern Germany, his distinctive devilish appearance is not easily confused with Northern Germany’s hooded Knecht Ruprecht or Holland’s “Moorish” Zwarte Piet (“Black Peter”). 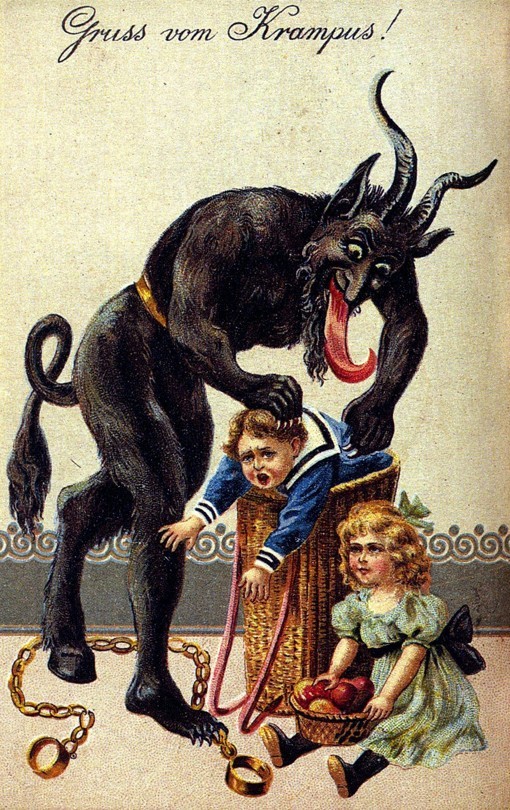