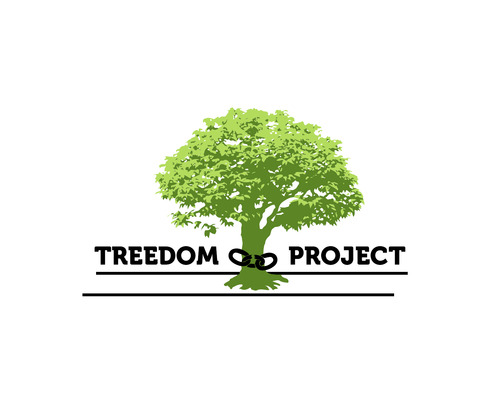 On Arbor Day, Rob Birdsong launched The Treedom Project, a 30-day long event which aims to remove “chains, junk, and other forgotten about debris” from trees in New York City. People are encouraged to report trees with such items and on May 26th, he and his team will go around and remove the junk, like shown in this video. He says it’s “part environmental restoration crusade, part community building exercise, part social media investigation, and a multimedia mashup of the online and offline worlds.” Learn more about the project at its site.

After growing sick and tired of seeing a chain choke the trunk of a Japanese Zelkova on my block in Brooklyn, New York I decided to remove it.

I had watched for months as rust built around the chain and the tree showed early signs of absorbing the chain.

It quite literally looked as if the tree was choking to death. I learned in the tree world that this term is called “girdling”. 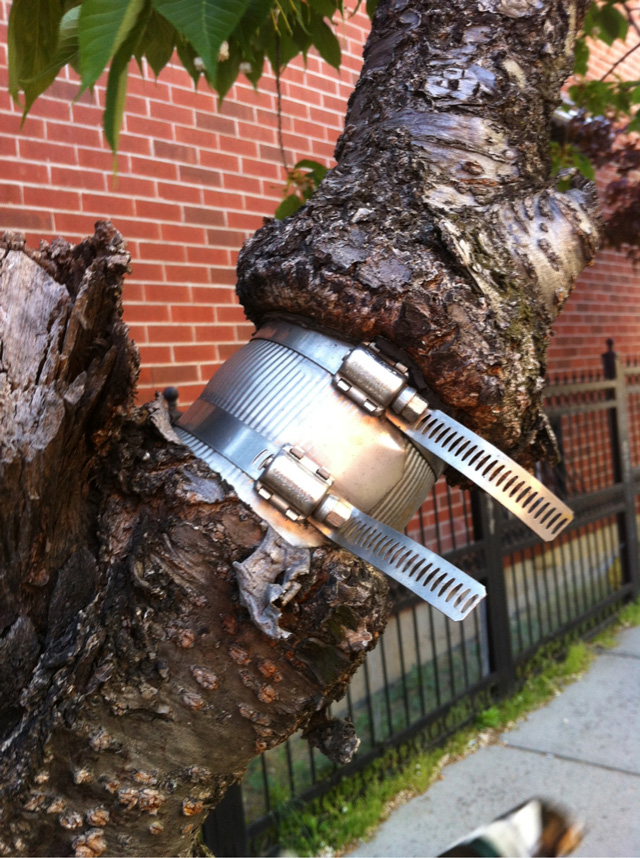 A tree that has been “girdled.”