“The Story of Menstruation” is an animated short film produced by Disney in 1946. It was made to be shown to girls in health classes in American schools and commissioned by the International Cello-Cotton Company (now known as Kimberly-Clark) during a time when Disney’s profits were low due to the sprawling effects of World War II. The film uses direct language—Film Threat suggests this may be the earliest use of the word “vagina” in a Disney film—and animated anatomical diagrams to show the cycle of menstruation plainly. The narrator assuredly affirms that the “taboos” of bathing and exercising while menstruating are no more, and that bathing and exercising are indeed encouraged for a more comfortable experience. On dealing with mood swings caused by hormone changes, the uncredited narrator gives the sage advice, “No matter how you feel, you have to live with people. You have to live with yourself, too.”

While the film strangely leaves out the issue of personal hygiene products completely, the booklet “Very Personally Yours” was distributed to girls in health classes at the conclusion of the film, and it repeats the information in the film and provides information about and ads for menstruation products. 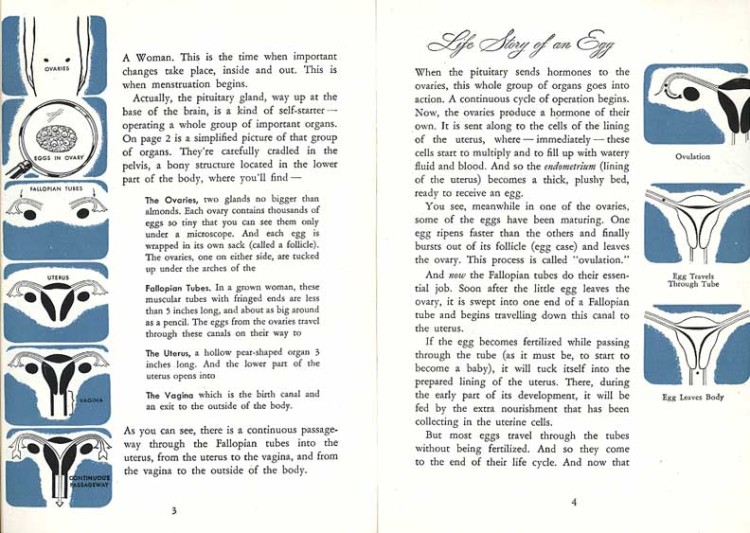 image via Museum of Menstruation and Women’s Health