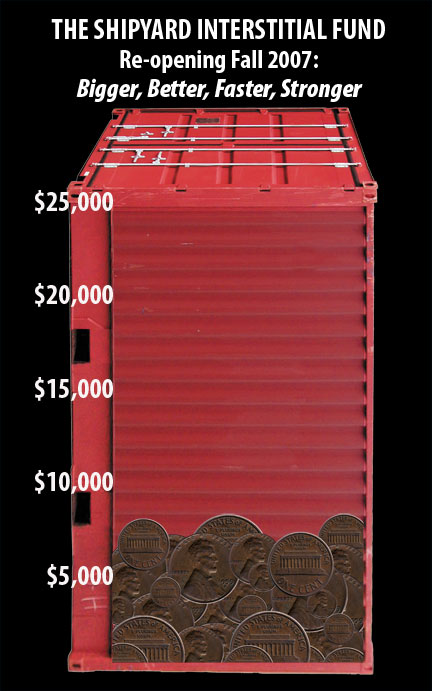 The Shipyard, which was shut down by the City of Berkeley last month, is in dire need of funding in order to keep their doors open while they re-organize and prepare for a grand re-opening in the fall of 2007.

Despite the city’s renewed interest in working out the shipyard legalization for the long run, the recent enforcement/entrapment has left us in a very precarious financial situation for the short run. We now need to raise $25,000 to support us through the summer while we complete the permitting process, regain use of the facility for all involved, and thereby reestablish the rental income that supports it.

So far they have raised $8000 of their $25,000 goal, $5000 of which is a challenge gift from Dale Dougherty of Make Magazine and Tim O’Reilly of O’Reilly Media, both of whom have generously offered to match people’s donations, dollar for dollar.

Donations can be sent via PayPal to “donations@theshipyard.org”, or mailed to: