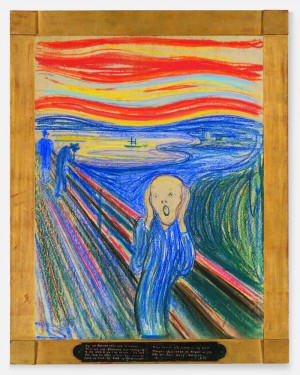 “The Scream,” the iconic work by Norwegian artist Edvard Munch, is coming to the Museum of Modern Art in New York City. There are actually four versions of “The Scream,” three of which reside in Norwegian museums. This 1895 pastel version is in the hands of an anonymous collector (according to The Wall Street Journal, financier Leon Black) who purchased the piece at auction in May for a record-breaking $119 million. It is on loan to the MoMA from October 24, 2012 to April 29, 2013.