Netflix has released the first trailer for The Ridiculous 6, an upcoming star-studded comedy western film directed by Frank Coraci and written by Tim Herlihy and Adam Sandler. The western satire will star Sandler, Steve Buscemi, Taylor Lautner, Terry Crews, Norm MacDonald, and many more. It is set to premiere on Netflix on December 11th, 2015.

When his long-lost outlaw father returns, Tommy “White Knife” Stockburn goes on an adventure-filled journey across the Old West with his five brothers. 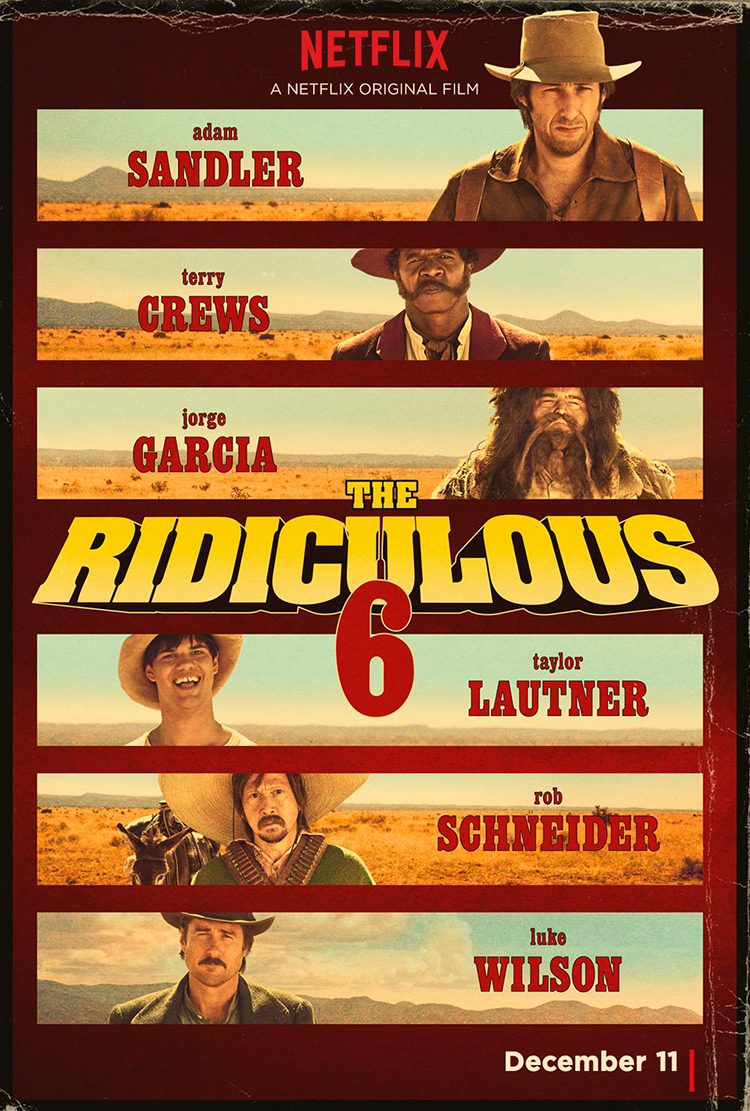 image via The Ridiculous 6