Author Piper Kerman, the “real Piper” (and good friend of Laughing Squid), whose 2011 book Orange Is the New Black: My Year in a Women’s Prison was adapted into the extremely popular Netflix series Orange Is the New Black, speaks with Vox Editor-in-Chief Ezra Klein about the very real problems that currently exist within the American prison system and how the Smarter Sentencing Act can create fairer prison minimums for non-violent offenders.

We’ve seen more movement on the conditions of confinement, seen a lot more interest and comprehension of things like solitary confinement and the the fact that we have shockingly high numbers people in solitary confinement, sometimes for independently long periods of time. But the name of the game is putting fewer people in prison jail in the first place and that requires legislative change. So the Smarter Sentencing Act is alive and moving in congress right now. here are both House and Senate bills. They have good Republican sponsors right now and that is very encouraging. So it would reform mandatory minimum drug sentencing. It would not repeal mandatory minimums, it would simply bring them a little bit more in line with what common sense dictates around nonviolent drug offenses

In a separate piece, the “real” Larry Smith (also good friend of Laughing Squid) chimes in with an amazing post entitled, “My Life with Piper: From Big House to Small Screen” in which he talks about the similarities and differences between him and the onscreen Larry.

In the spring of 2013, I am watching an advance screener of the soon-to-be-released Netflix show Orange Is the New Black, and a guy named Larry, who looks more like me than not, proposes to a blue-eyed blonde named Piper, looking like the younger cousin of my wife. They’re on a beach, as we were when I proposed, and he removes a ring from a sealed plastic bag, as I did. Larry Bloom, in one of his best lines, explains: “I gotta lock this shit down before you leave, Pipes.” I’m pretty sure it’s something I said, too, and even if I didn’t, it’s the scene at which my friends dropped their vocal opposition to Jason Biggs. For the record, though, I have never called her “Pipes.” 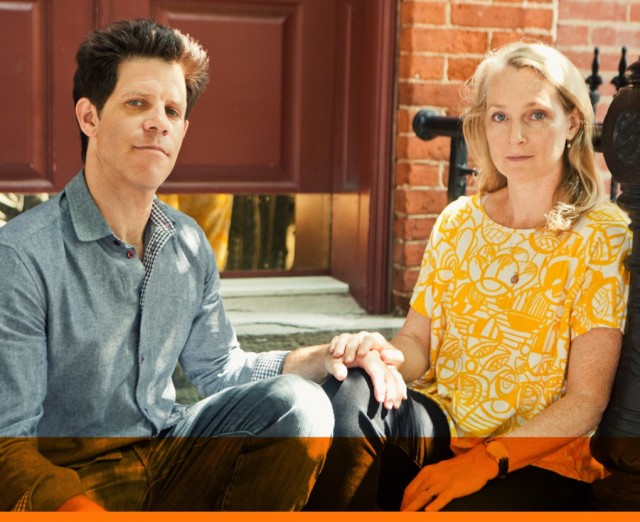