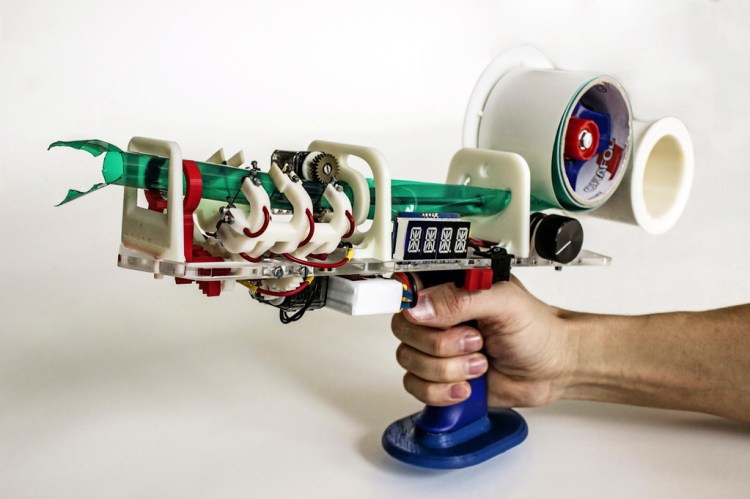 The Protopiper is a handheld device for quickly fabricating large-scale real-world 3D designs out of adhesive tape. The device extrudes and manipulates the tape into tubes that are then cut into a variety of ends to allow for different configurations during construction. The hollow tubes allow for strong and lightweight construction that can give designers a better idea of the scale of their final project.

Stefanie Mueller, one of the designers of the Protopiper, details the finer points o f how the device was built-in a post to her website.