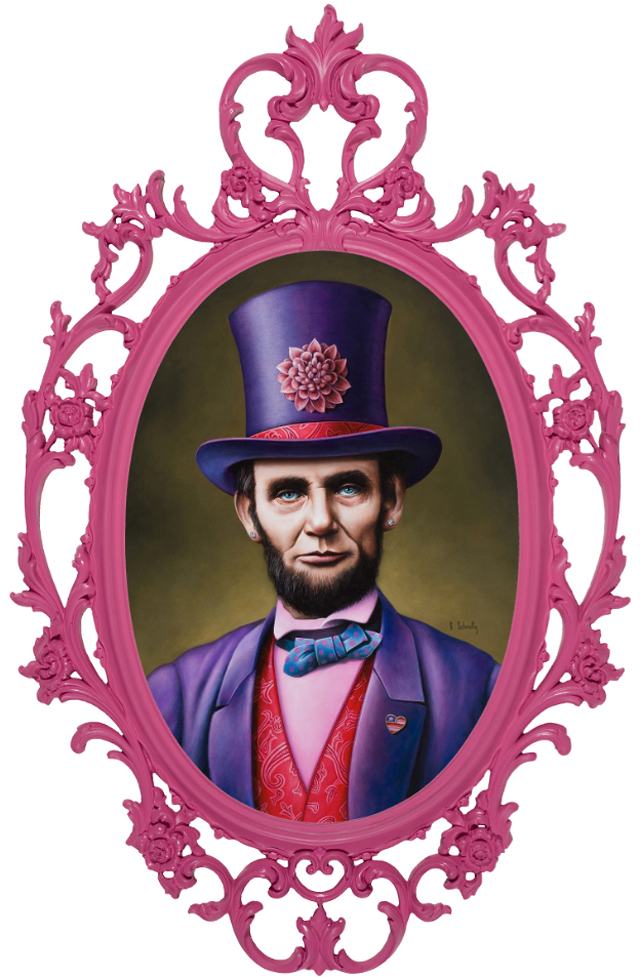 The Pinks is a solo art show by Orlando, Florida-based artist Scott Scheidly at the Spoke Art gallery in San Francisco featuring ‘fabulous’ original paintings of macho and infamous figures from pop culture and history. The show opens today Thursday, August 1st from 6 to 10 PM PST and runs through Saturday, August 24th, 2013. Spoke Art has more information and an interview with the artist online. Previously, we’ve written about Steve’s Pink Series paintings.

“The Pinks” explores the cultural and social implications of color and how the predefined notions that accompany these perceptions can alter one’s identity and subsequent world view. By incorporating either hyper-masculinized or historically infamous figures, Scheidly further drives the point home, making a mockery of his subjects though biting socio/sexual satire.

Looking beyond the initial shock value, Scheidly further raises questions regarding power and those who wield it. By incorporating notorious individuals such as Adolf Hitler, Heinrich Himmler and Kim Jong Il, alongside religious leaders such as Pope John Paul II and Ayatollah Khomeini, one can’t help but wonder about the personal insecurities that power must bring on in these subjects and such insecurities are manifested. 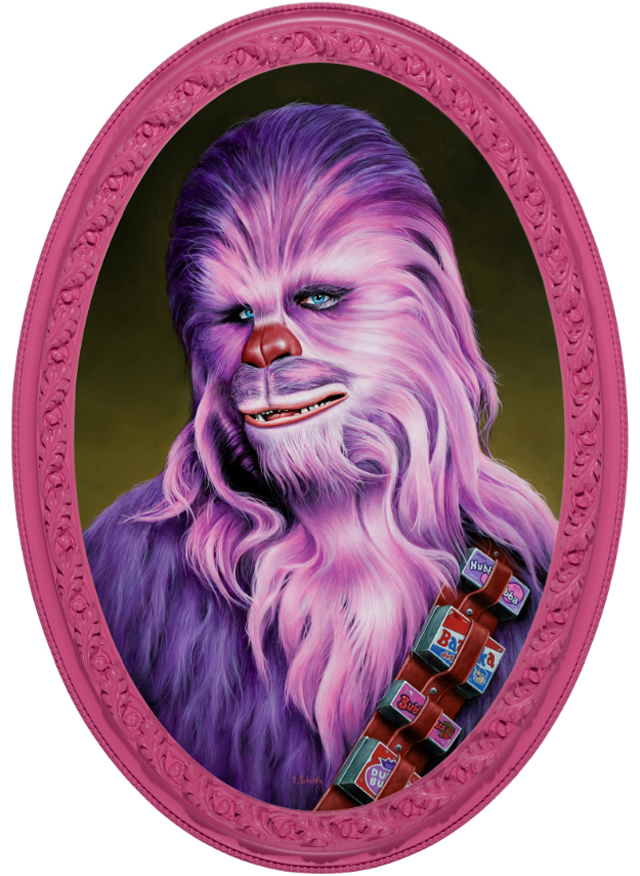 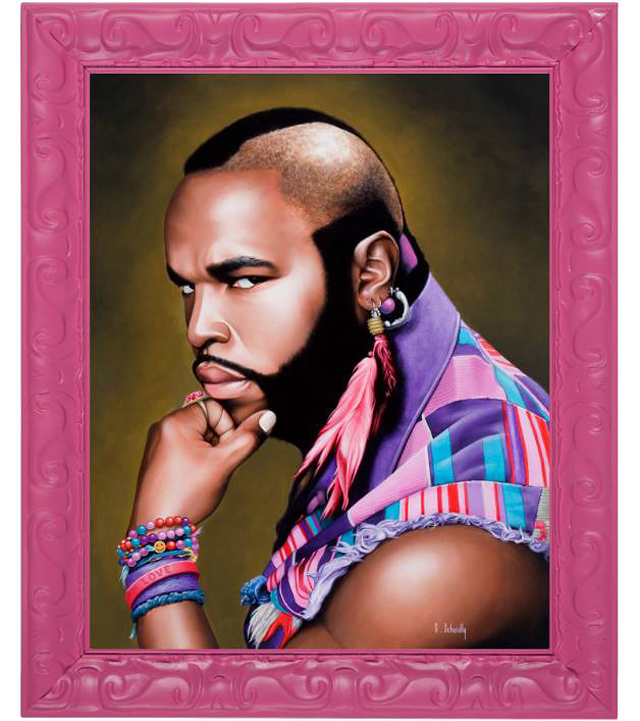 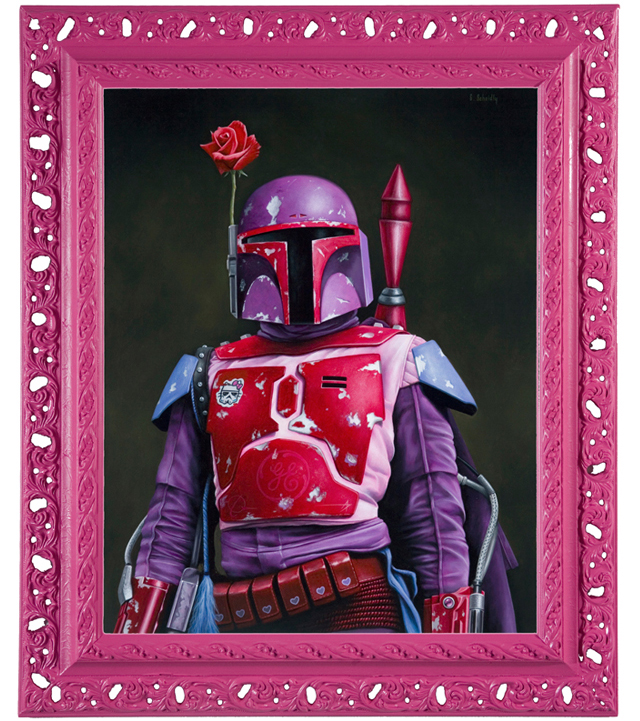 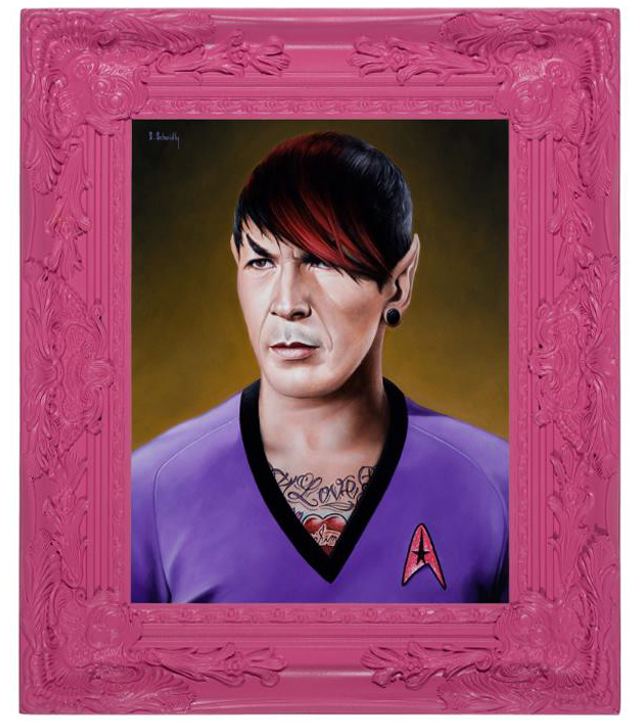 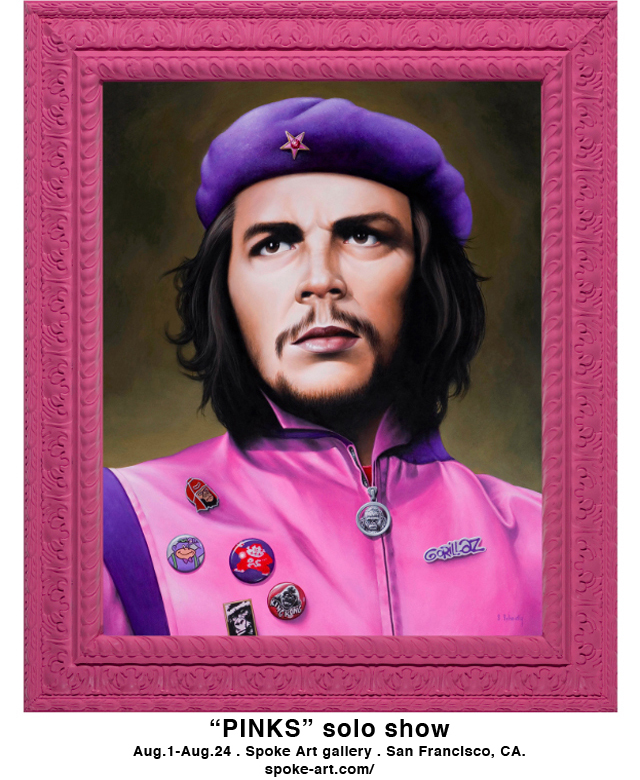