Musician Williams Goldsmith performed a wonderful medley of the distinctive theme song from The Office in ten different musical genres. Goldsmith, who impressively played each of the instruments, quite effectively used the acoustics of his bathroom to truly articulate his various interpretations of the song.

Goldsmith’s video was shown during the end credits of the episode of John Krasinski’s Some Good News that featured the cast of The Office reuniting to recreate Jim and Pam’s wedding. 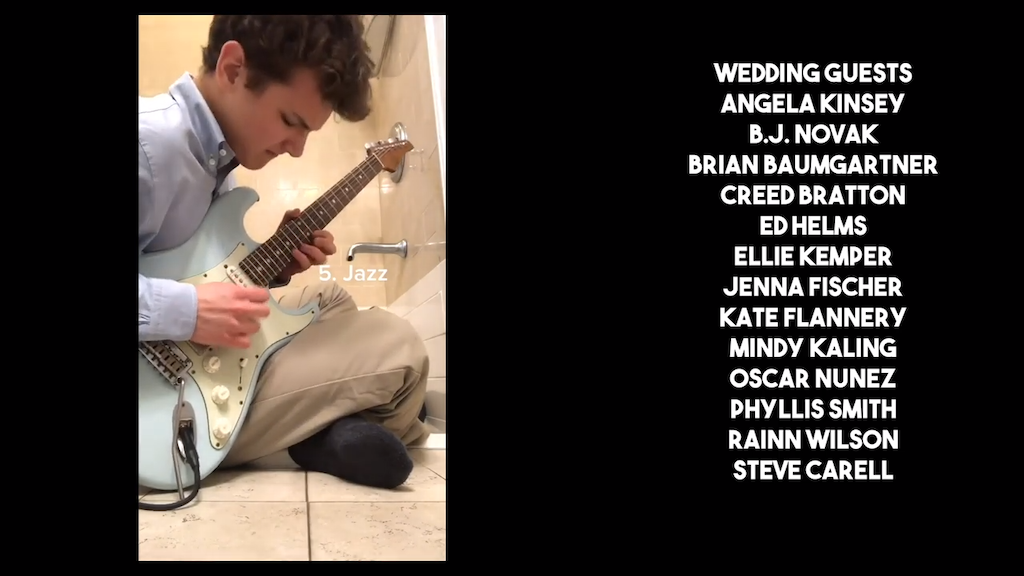 Here’s an another version of the same medley that Goldsmith recorded in 2018.