In celebration of the 40th anniversary of the beloved film, the Monty Python and the Holy Grail Limited Edition Castle Catapult Gift Set for Blu-ray features a working miniature catapult and tiny rubber farm animals to launch, along with a bevy of items that truly represent the wonderfully kooky spirit of Monty Python.

The set is currently available for pre-order in advance of its October 27, 2015 release date. 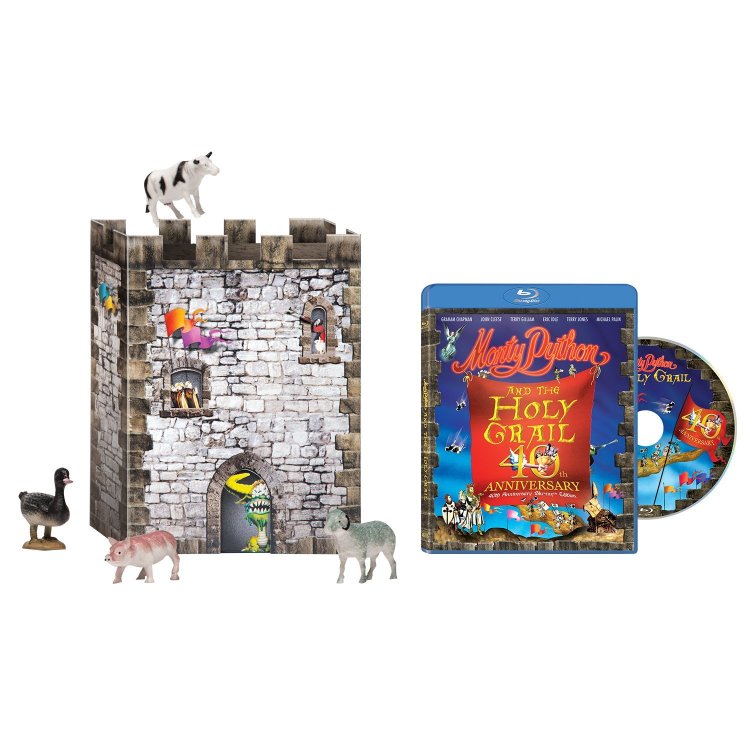