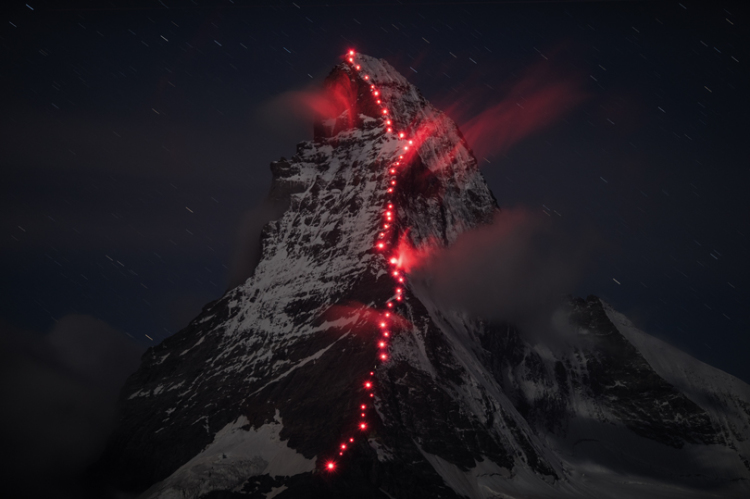 In honor of the upcoming 150th anniversary of the first Matterhorn climb, hikers from the mountaineering team Mammut (see previously) brought along some bright red lights on a hike to light up a path on the iconic Alps mountain. Photographer Robert Bösch described the difficulty of capturing the moment.

The Matterhorn is one of the most photographed mountains in the world. Its extraordinary form makes it easy to take a good photo. Paradoxically that was what made it so challenging, because it makes it so difficult to produce a breathtaking photo. 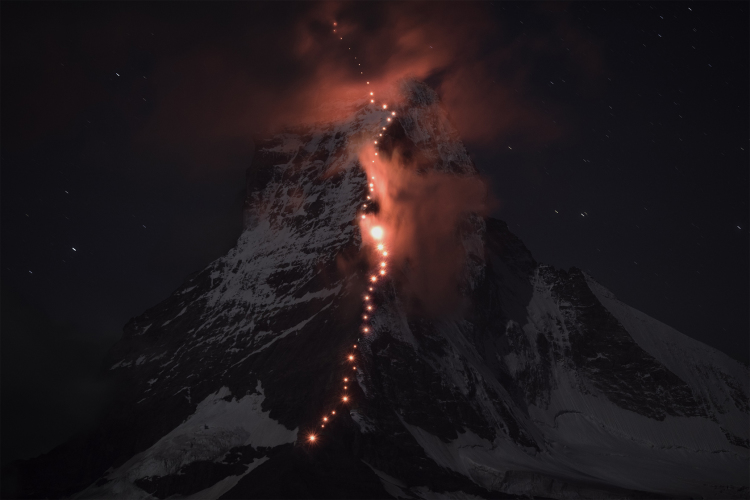 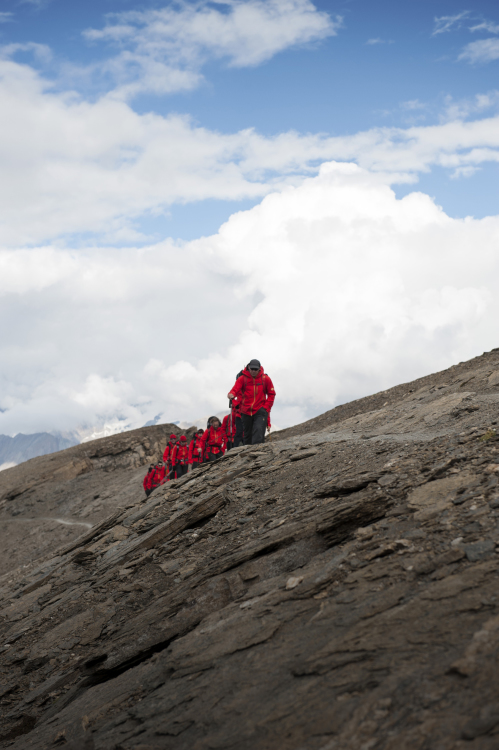 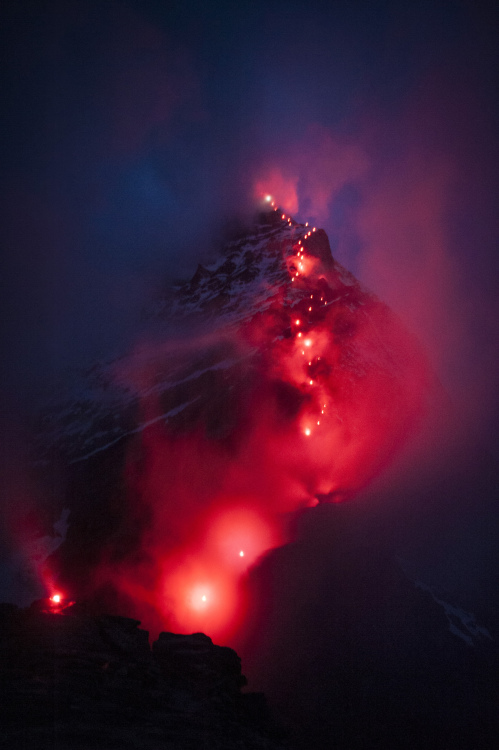