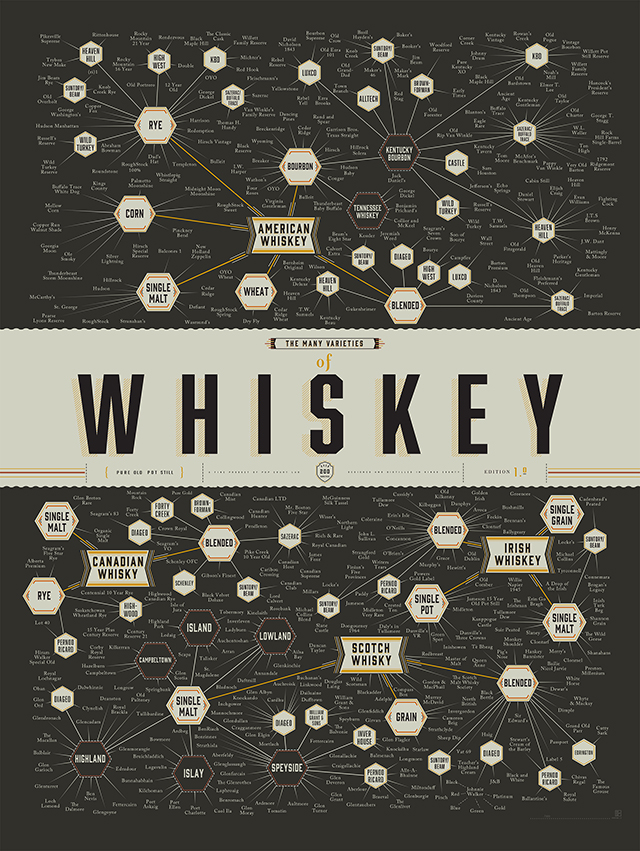 Pop Chart Lab has created “The Many Varieties of Whiskey,” a new art print that “categorizes and distills all the major varieties of whiskey — from scotch to bourbon to single malt to moonshine.” Signed and numbered prints are available to purchase online. Pop Chart Lab is also offering the print as a limited-edition, laser-etched wood engraving.

A spirited taxonomy of the ultimate amber elixir, this chart categorizes and distills all the major varieties of whiskey–from scotch to bourbon to single malt to moonshine. Follow along a veritable world tour of the most-celebrated cask-born beverage, making major stops in the US (Jack Daniels, Knob Creek), Ireland (Jameson, Tullamore Dew), Canada (Crown Royal, Seagram’s), and Scotland (Johnnie Walker, The Glenlivet). Whether you take it straight, on the rocks, or with a soda back, this diagram is a balanced dram for whiskey drinkers of all dispositions. 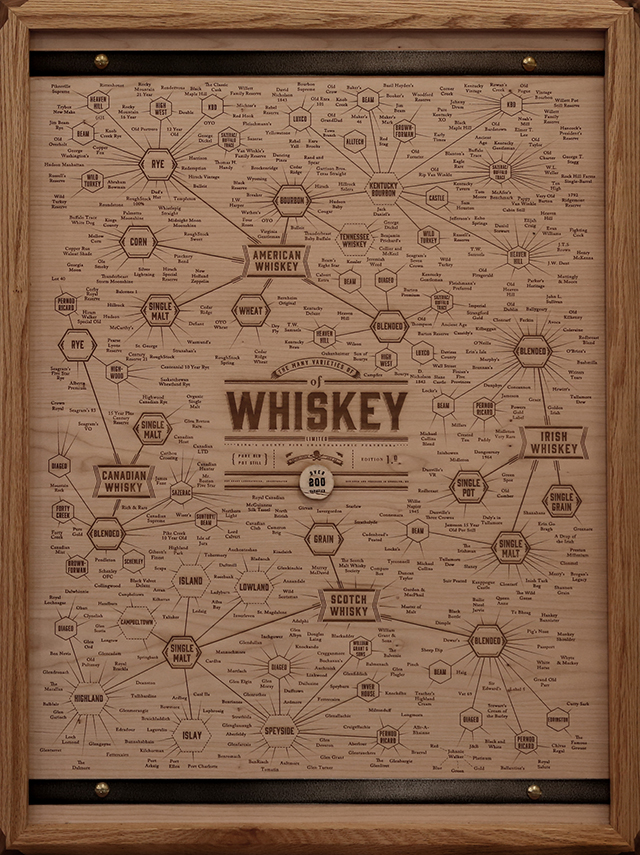