The Lytro Illum is a light-field camera specifically designed for creative professionals. Lytro’s initial camera made waves in 2011 thanks to a fascinating method of capturing all the light available rather than a single pane, allowing the focus to be changed multiple times after being taken.

The Illum features a 40-megaray sensor compared to the initial camera’s 11-megaray sensor, a 30mm to 250mm range, an aperture of f/2.0, and is powered by a Snapdragon 800 processor. Lytro has also produced a new iPad app that makes use of the gyroscope to provide a kind of 3D viewing experience for photos.

The Lytro Illum camera is estimated to ship July 2014 and is currently available for pre-order at Lytro’s website. 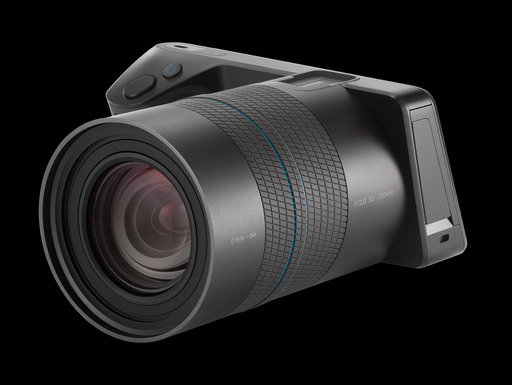