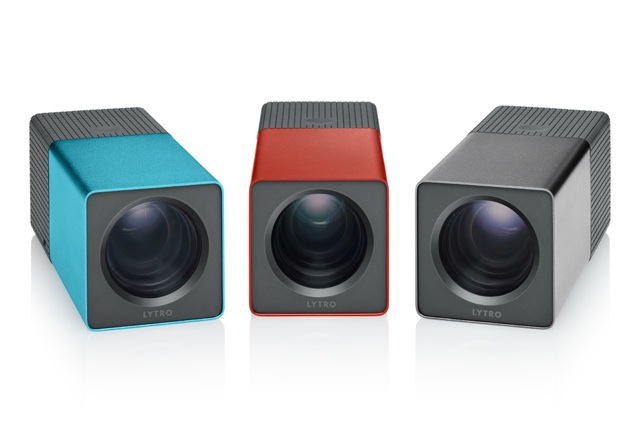 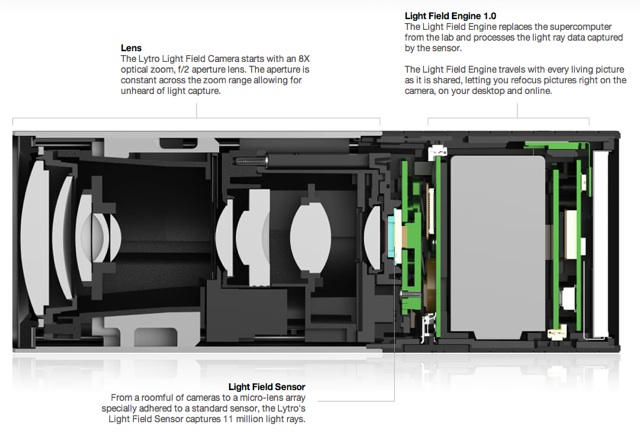 Lytro is the first consumer light field camera, a unique type of camera that captures all the light available, instead of just a single pane of light. It allows photos to be focused after they have been shot, even focusing over and over again. Here’s a sample gallery of photos shot with a Lytro. Lytro cameras are currently available for pre-order, shipping early 2012.

The Lytro is the only consumer camera that lets people instantly capture a scene just as they see it by recording a fundamentally richer set of data than ever before. Lytro cameras feature a light field sensor that collects the color, intensity, and the direction of every light ray flowing into the camera, capturing a scene in four dimensions. To process this additional information, Lytro cameras contain a light field engine that allows camera owners to refocus pictures directly on the camera. When the Lytro’s living pictures are shared online, the light field engine travels with each picture so anyone can interact with them on nearly any device, including web browsers, mobile phones, and tablets—without having to download special software.

The Lytro’s sleek design was created with simplicity in mind. With no unnecessary modes or dials, the camera features just two buttons—power and shutter—and has an intuitive glass touchscreen that lets pictures be viewed and refocused directly on the camera. While the Lytro camera houses complex technology, it is fundamentally easy to use, opening new creative opportunities for anyone interested in sharing their favorite memories with friends and family.

We originally wrote about the Lytro camera back in June.