The Australian company Fastbrick Robotics has developed the Hadrian X, a bricklaying robot that can quickly and precisely build brick structures. The machine cuts bricks to size before placing them on a conveyor belt along its arm. The bricks are then sprayed with an adhesive and put in place by the robot’s hand that is guided by a laser for accuracy. The Hadrian X is capable of laying bricks for an average sized suburban home in two days.

A news story by 9 News Perth looks at the robot and how it could impact both the housing and job markets. The robot is expected to be available commercially in some countries by the end of 2017.

From the computer aided design ( CADCAM ) of a house structure, this 3D robotic end to end bricklaying system handles the automatic loading cutting, routing and placement of all the bricks course by course. The high level accuracy of the finished product allows following trades to pre-fabricate from the CAD design then simply install. 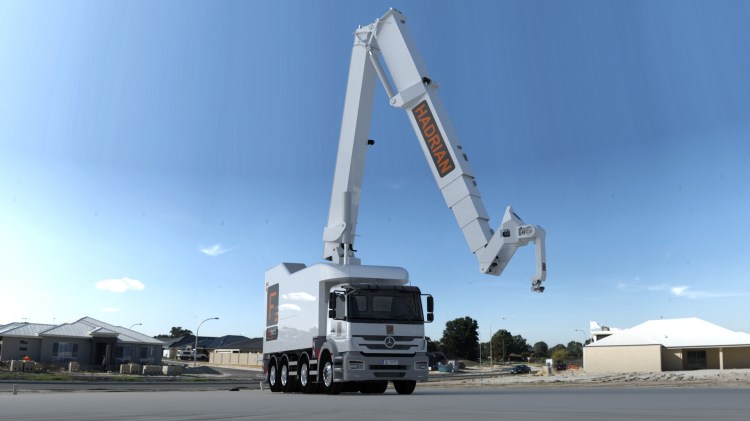 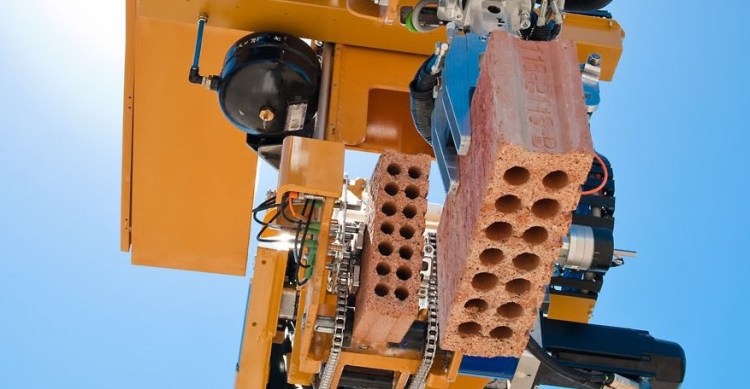