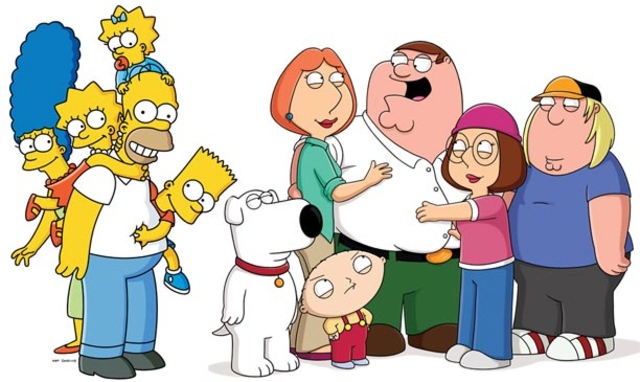 The Griffin family, from Seth MacFarlane’s hit FOX TV series, Family Guy, will be taking a trip to Springfield for a special crossover episode with FOX’s other popular animated comedy series, The Simpsons. According to Entertainment Weekly, the crossover episode is scheduled to air in the fall of 2014 and be titled, “The Simpsons Guy.”