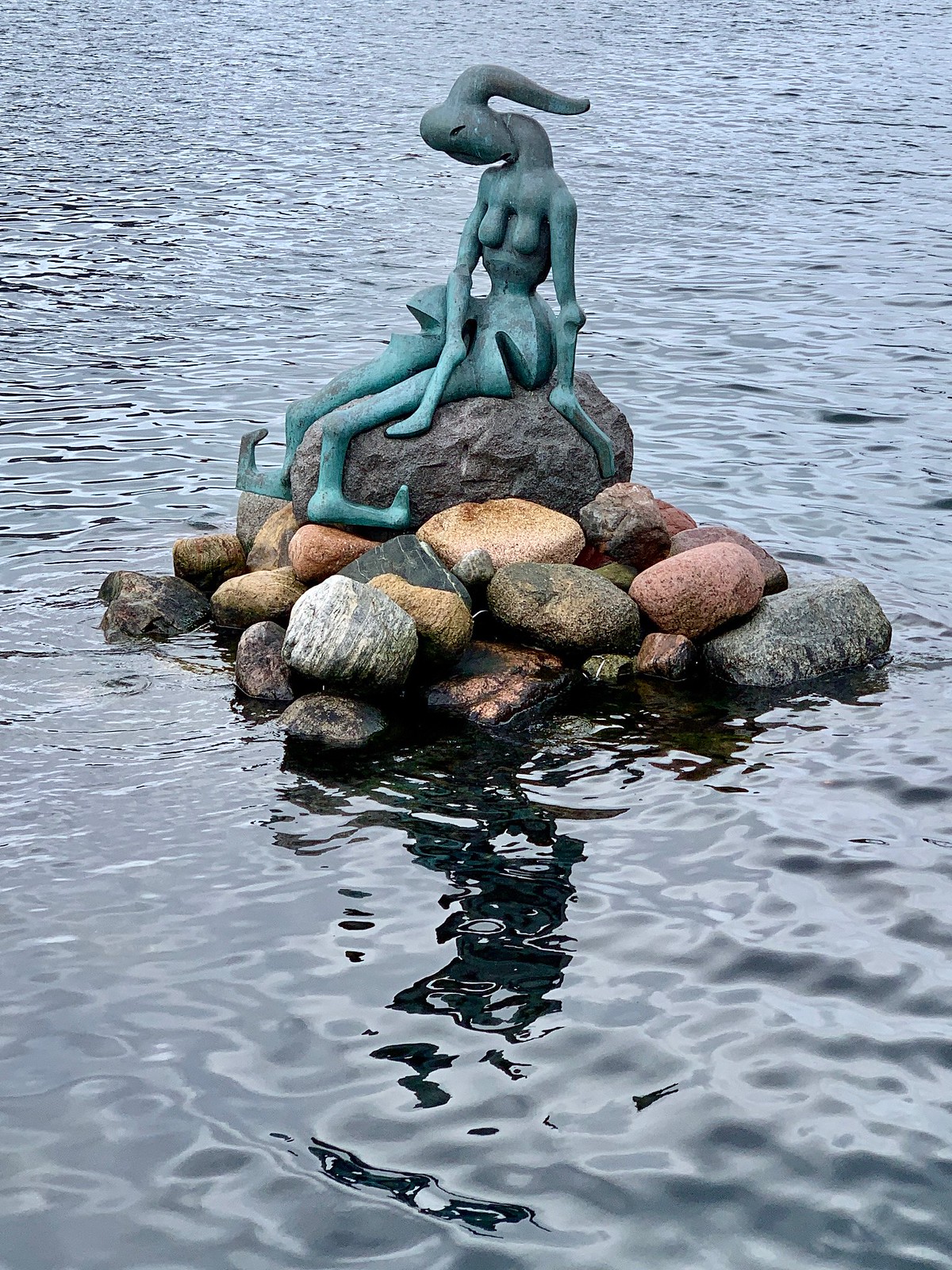 In 2000 Danish sculptor Bjørn Nørgaard created “The Genetically Modified Paradise”, a surreal series of oddly misshapen beings, including “The Genetically Modified Little Mermaid”, a new interpretation of Copenhagen’s famous statue “The Little Mermaid”. Each of Nørgaard’s characters were made from cast iron, stainless steel, aluminum-bronze, gold leaf, gilded lead, granite, bronze, and sandstone for the World Exposition 2000 in Hanover, Germany. The theme for that year was “Man, Nature, Technology” for which these sculptures certainly fit the bill.

Once the exposition ended, the sculptures were relocated in 2006 to Dahlerups Square in Copenhagen, where they live on the water, just a short walk from the original statue in Langelinie.

From the world exhibition EXPO 2000, Hannover, Germany, 1 Jun – 31 Oct 2000…In 2006 the group was re-located at Dahlerups Torv in Copenhagen, a square located by the harbour near Langelinie.

In March 2019, Scott and I had the opportunity to see these fantastical statues in person while we were visiting Copenhagen.

Here’s the original sculpture of “The Little Mermaid”, which is located 750 meters south. 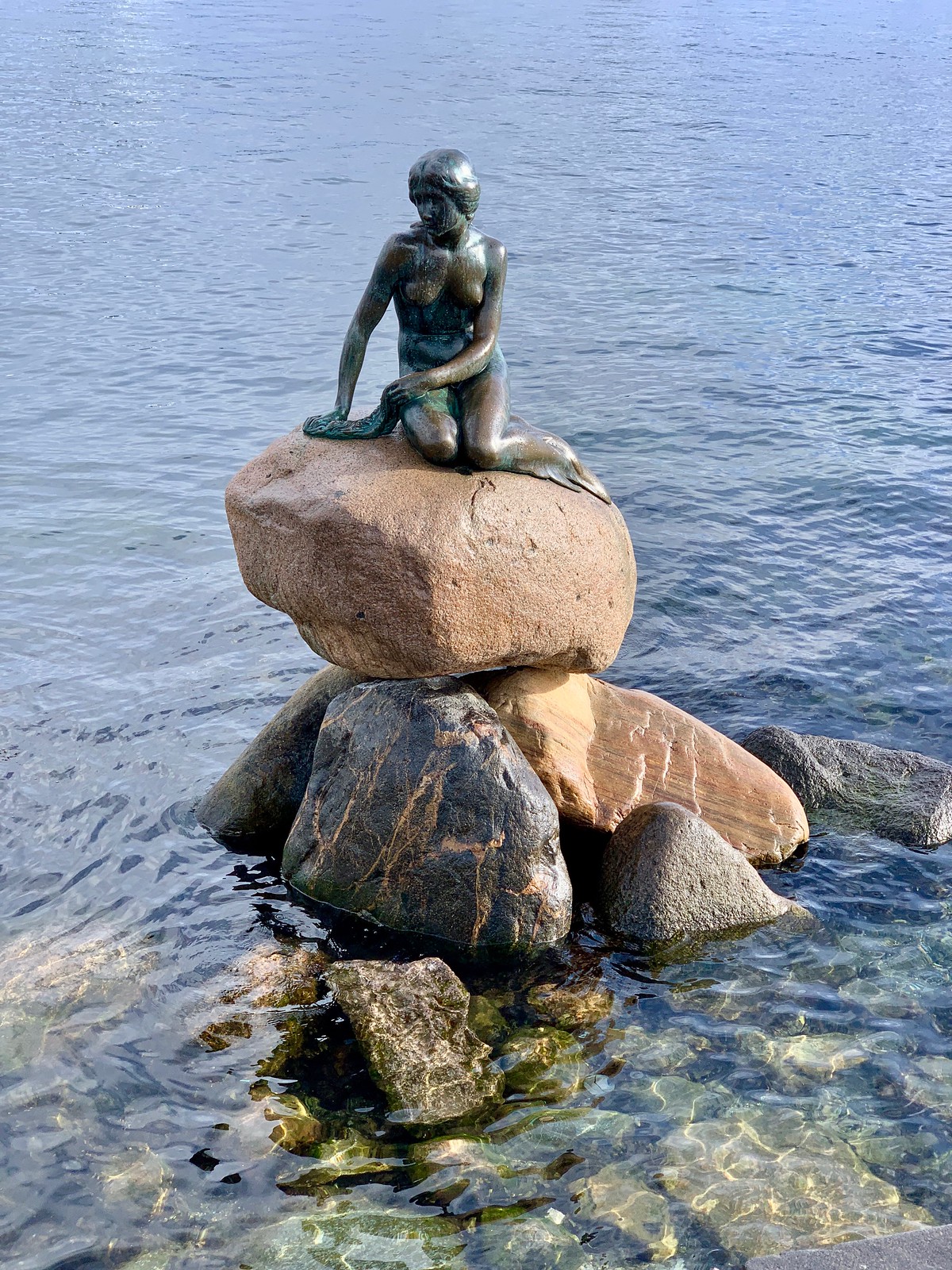 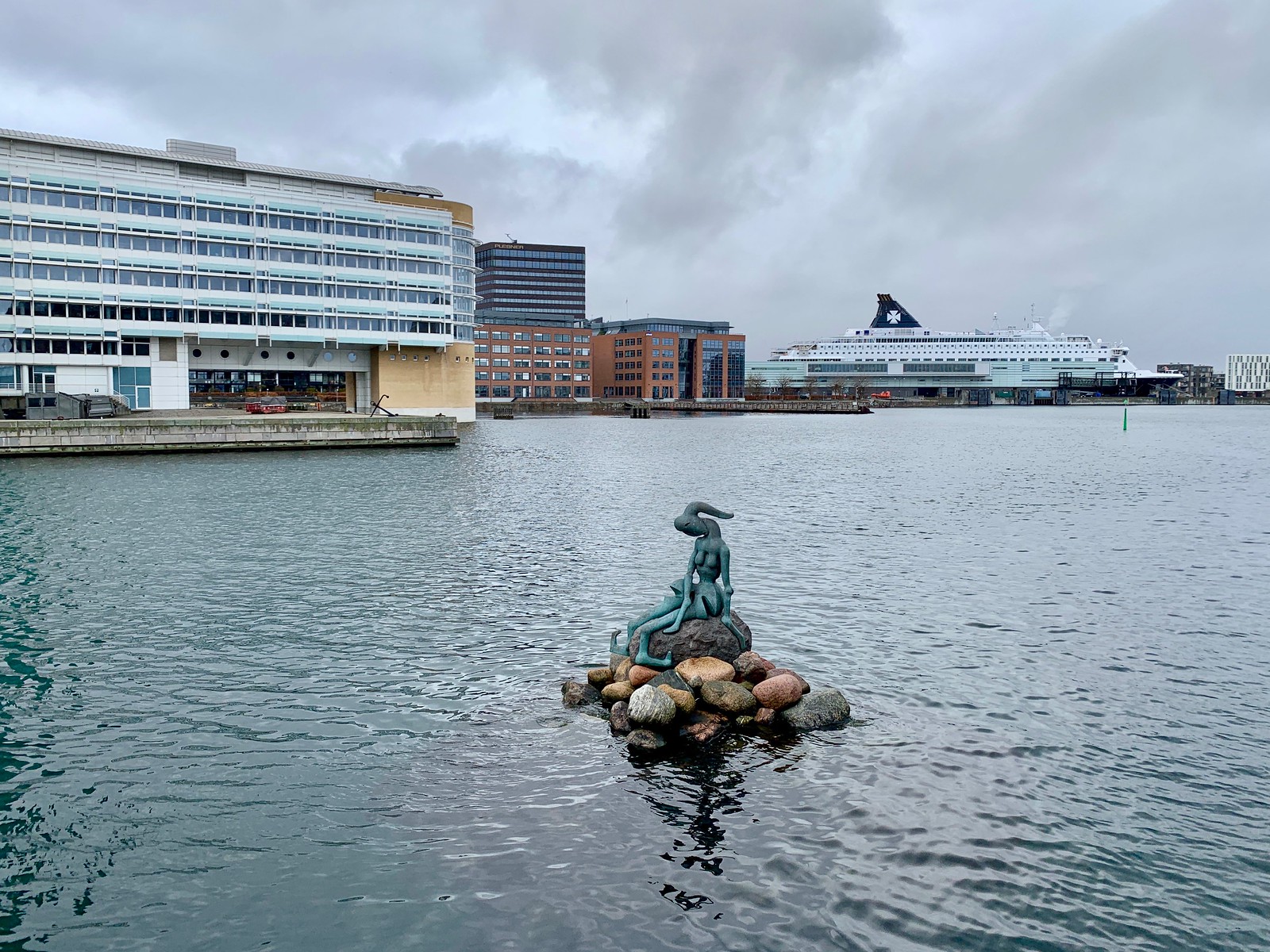 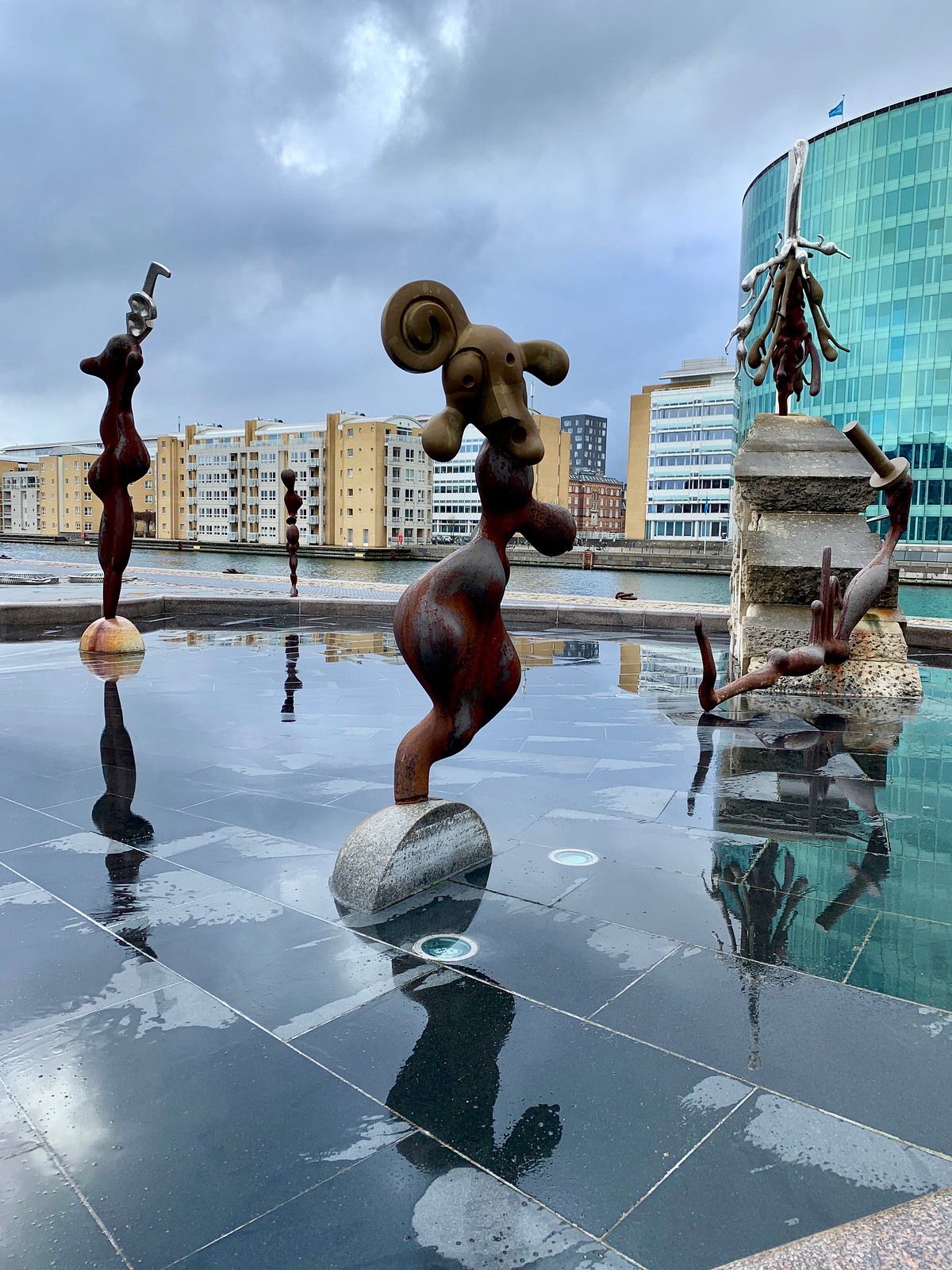 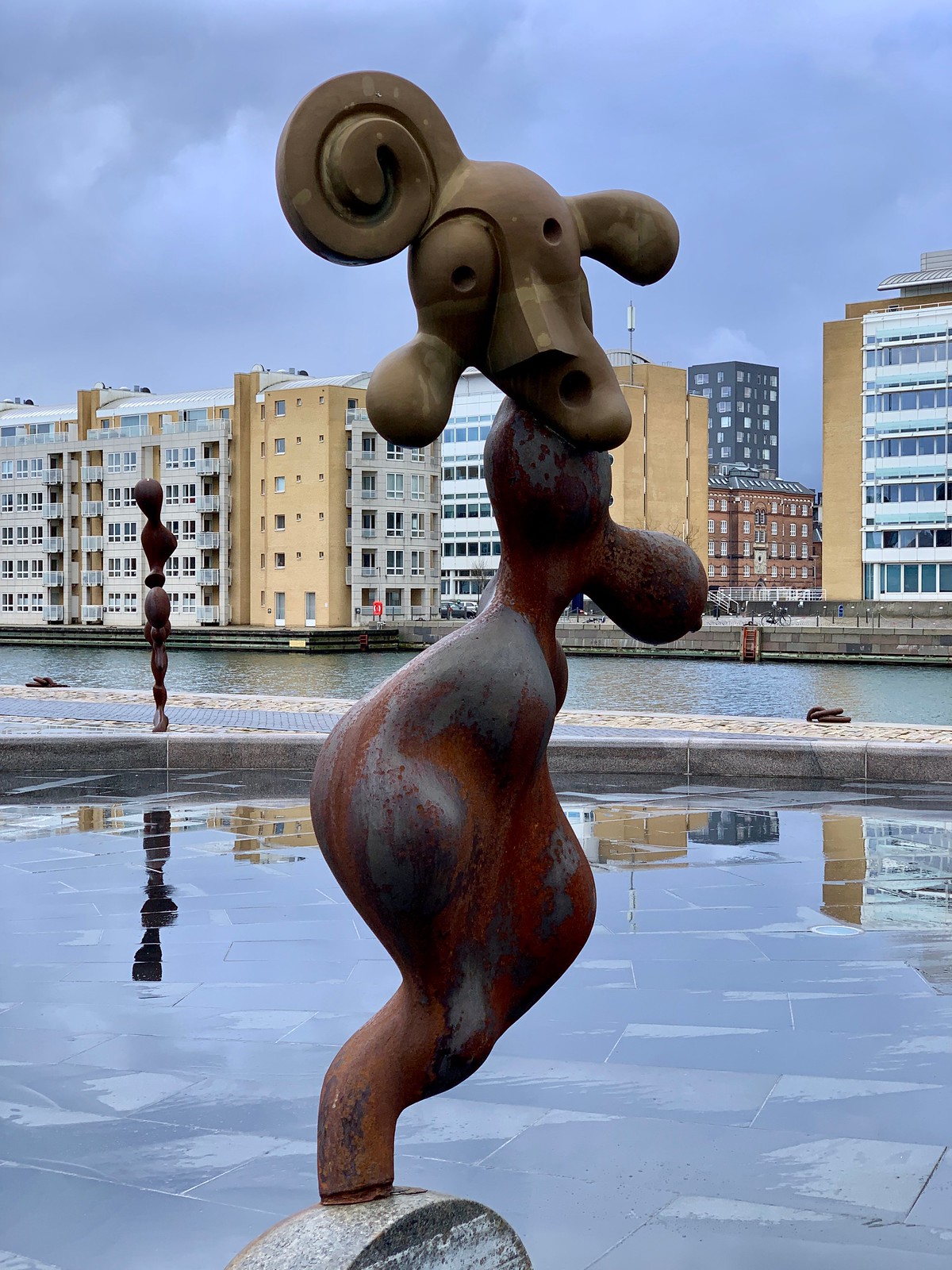 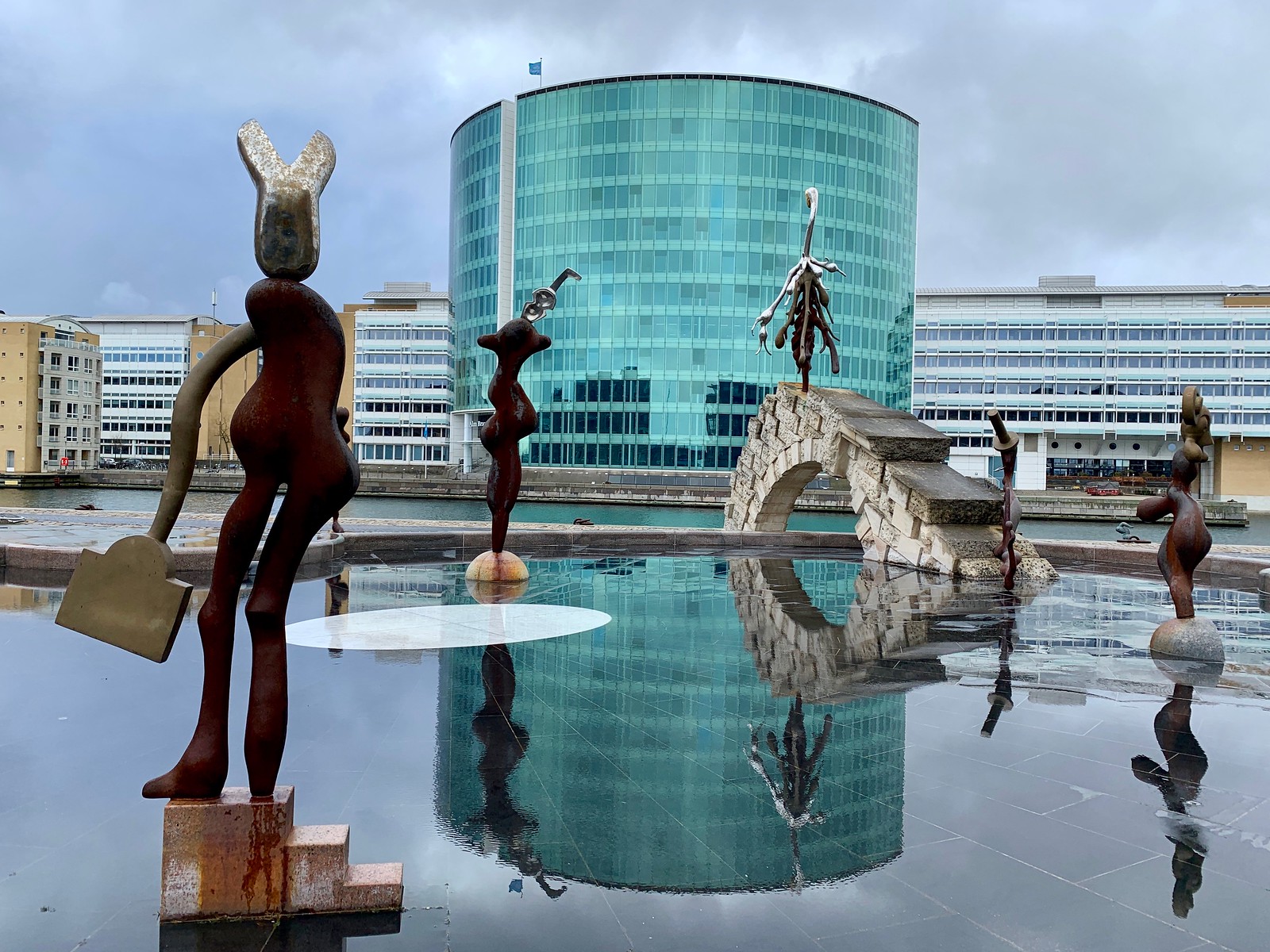 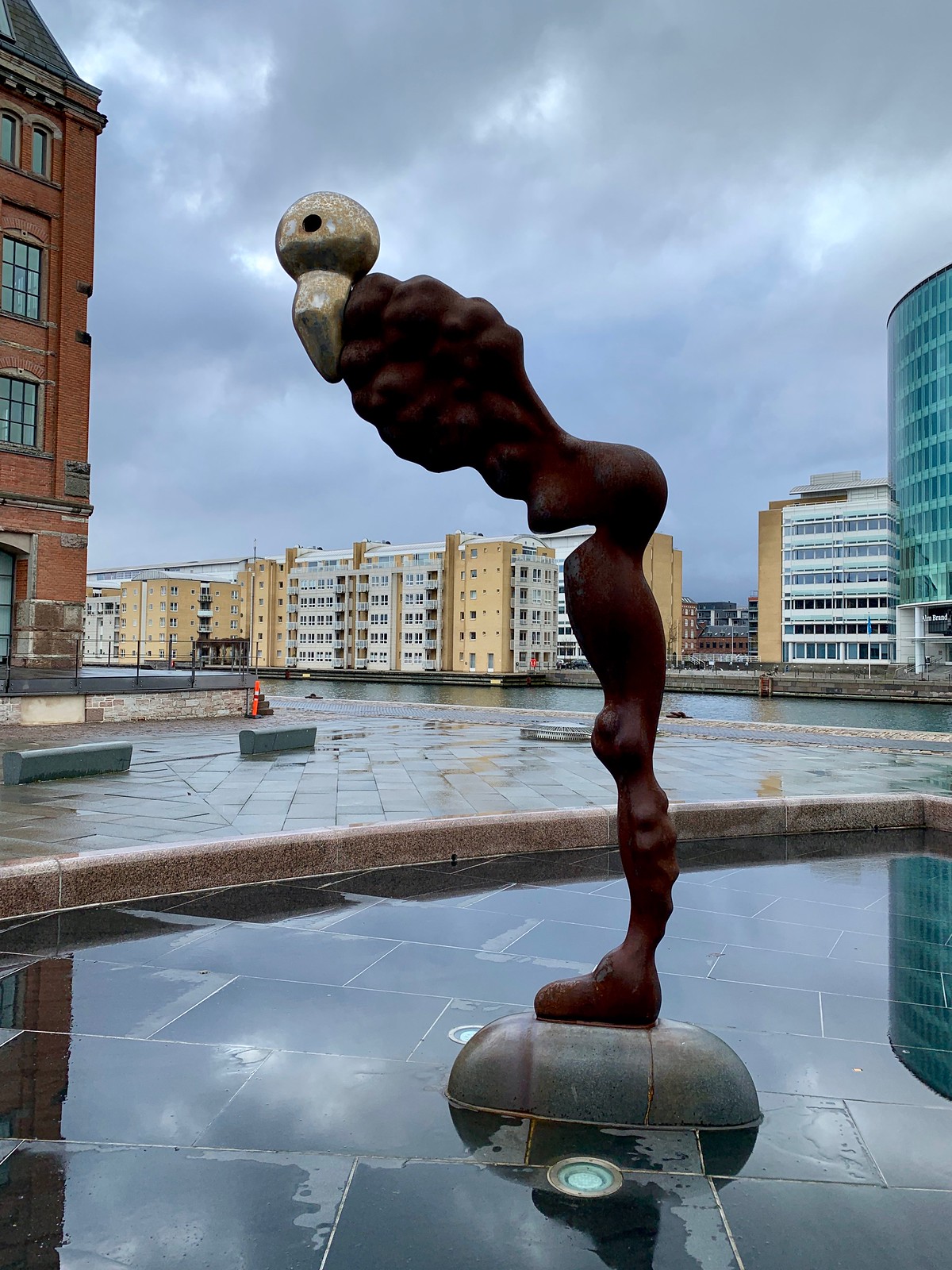 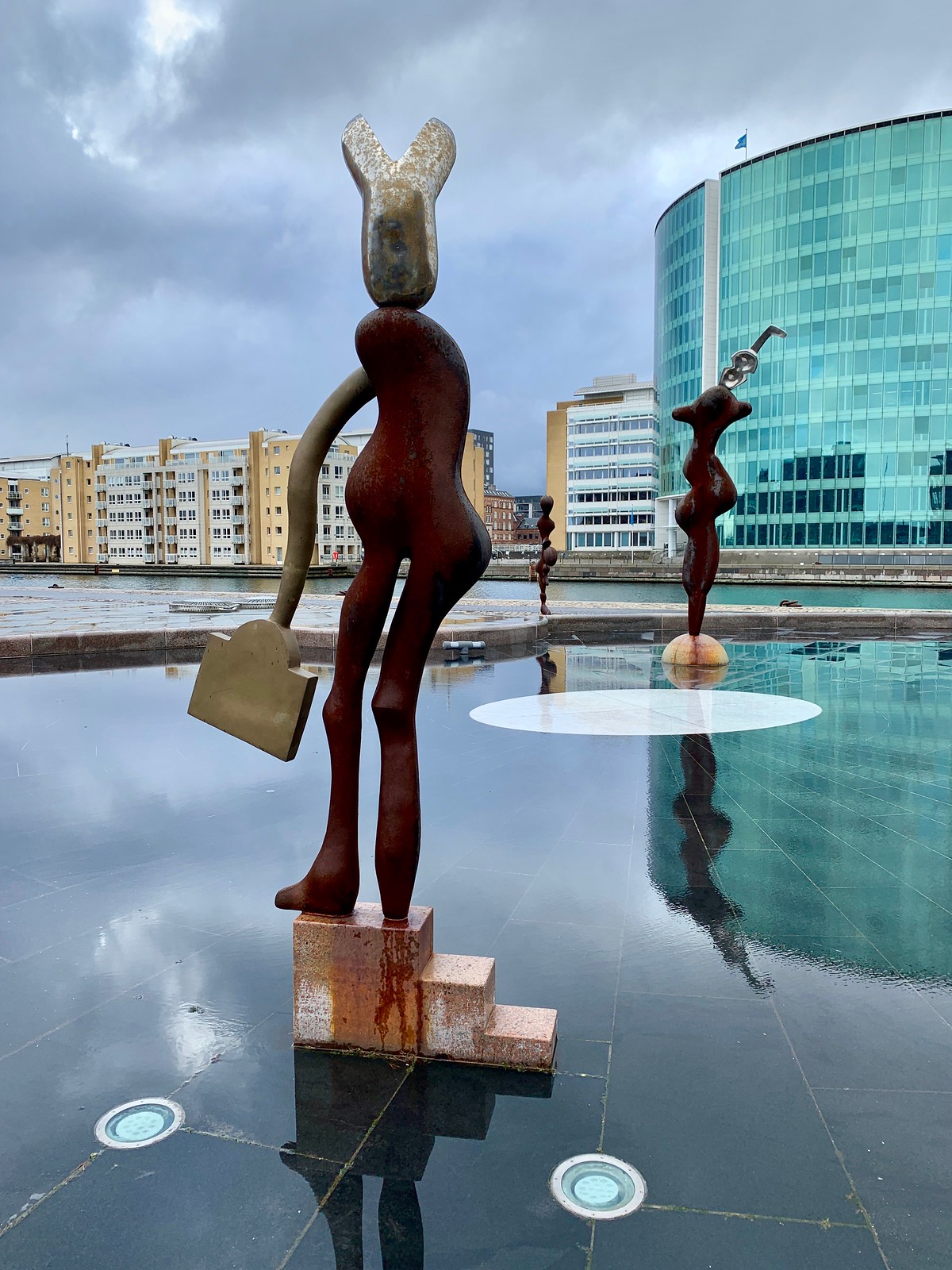 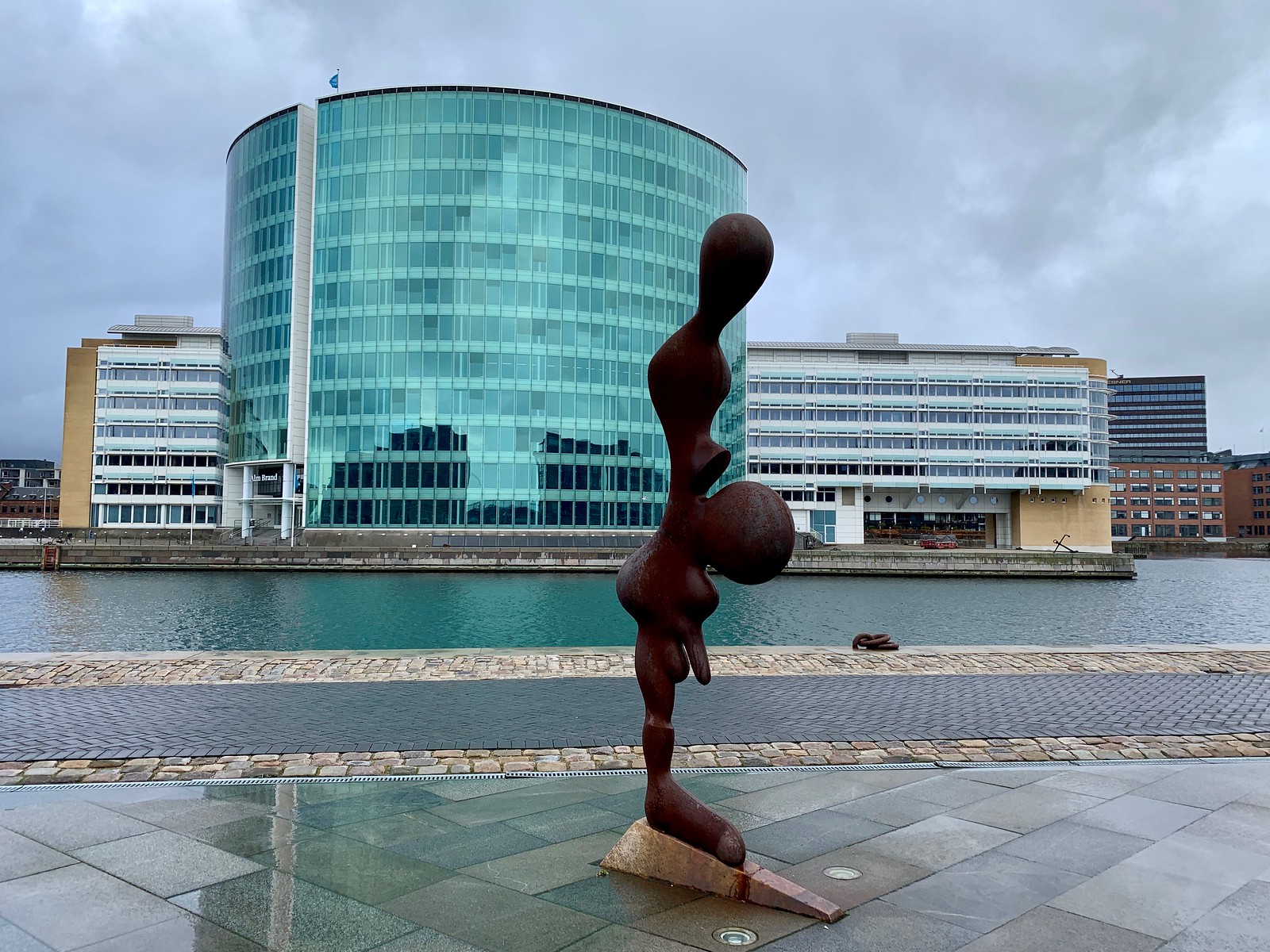 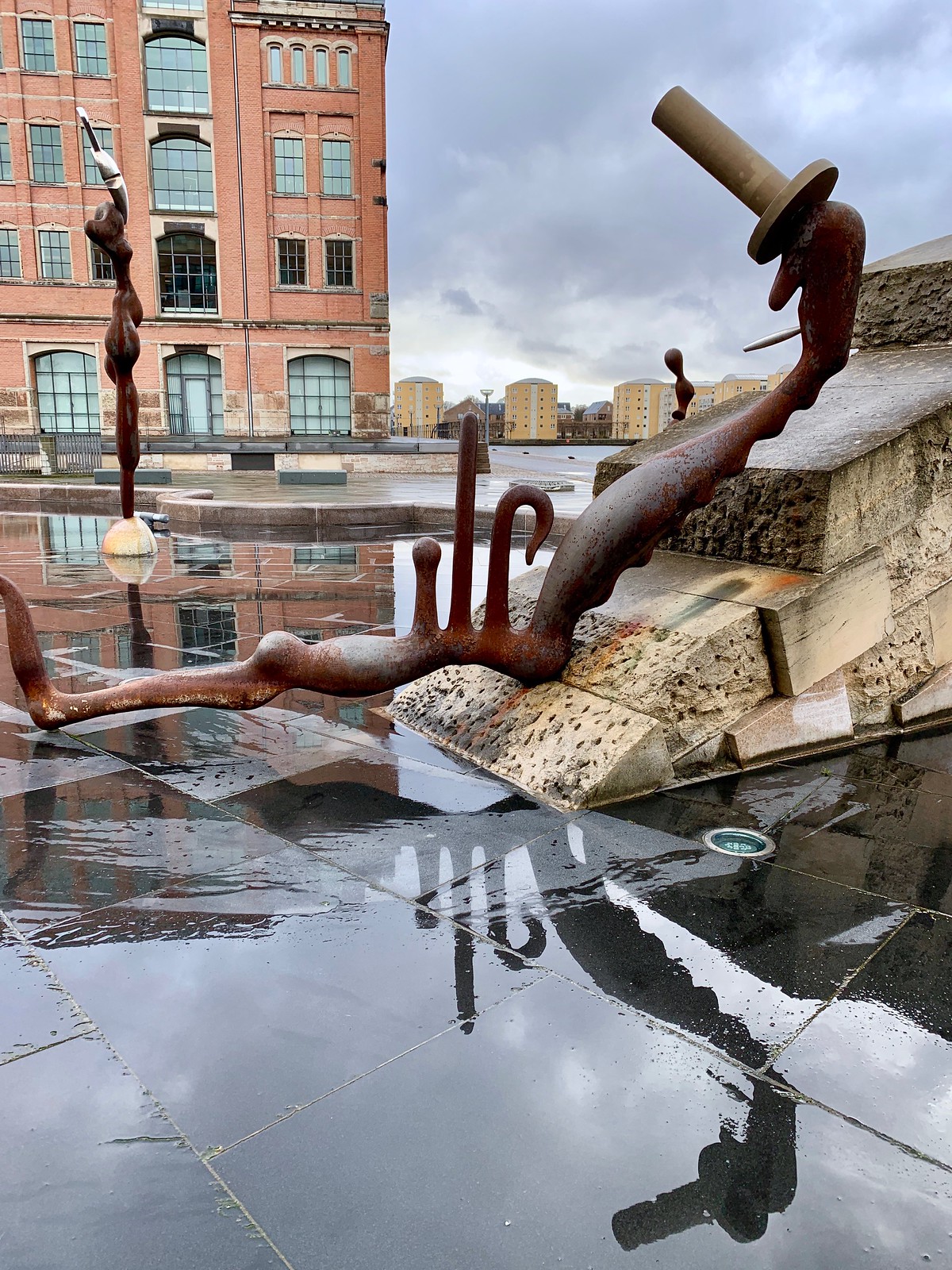