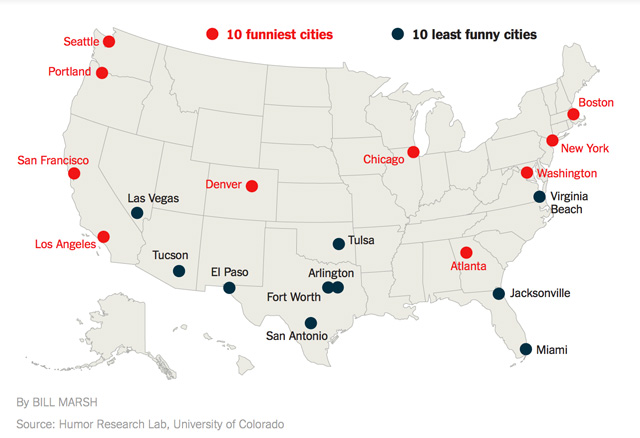 While researching his new book The Humor Code, University of Colorado professor Dr. Peter McGraw enlisted fellow Humor Research Lab team members to create the Humor Algorithm (HA) in attempt to find the funniest city in the US. Research included interviews with more than 900 residents in the country’s ten largest cities, as well as online data collection.

Over a nine-month period, the team collected extensive data for the project. First, they mined the Internet and the comedy industry for a variety of objective measures:

According to the research, Chicago, Boston and Atlanta top the list of America’s funniest cities. 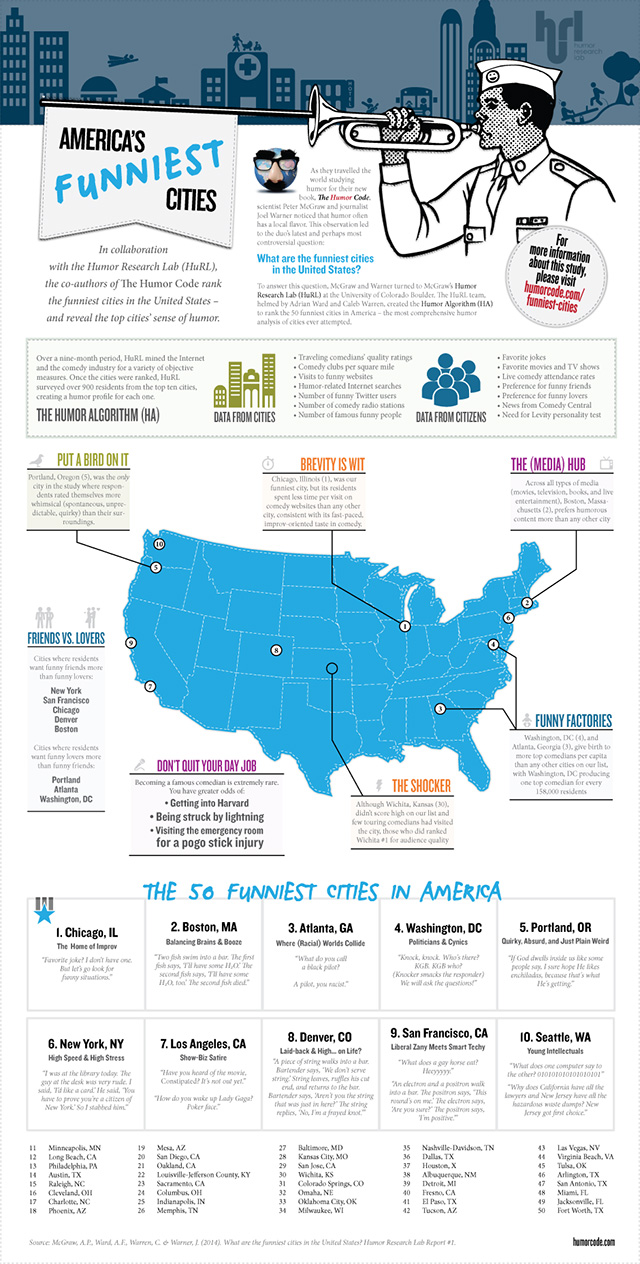