Motala is a working elephant in Thailand that lost her front left leg in 1999 when she stepped on a landmine (left over from Thai-Myanmar border conflicts) during her lunch break in the forest. Motala’s leg had to be amputated below the knee and, in 2006, she received her first artificial leg. Then, in 2009, she got her first permanent prosthesis from the Friends of the Asian Elephant elephant hospital in the Mae Yao National Reserve in Thailand.

The Eyes of Thailand, a feature-length documentary film by Windy Borman, tells the powerful story of Soraida Salwala (the founder of Friends of the Asian Elephant) as she helps Motala and other injured elephants walk again (full synopsis). In this clip from the film, we get to see Motala take her dramatic first steps using her first artificial leg. A list of the film’s screenings can be found online. Here is the official trailer for the film.

Soraida Salwala opened the World’s First Asian Elephant Hospital in Lampang, Thailand in 1993 to treat elephants that are ill or injured as a result of work, abuse or neglect. To date, she and her staff have treated over 3,000 elephants for everything from eye infections to knife wounds, gunshot wounds, broken bones, drug addictions and building prosthetic limbs for the survivors of landmine accidents. Since then, the Asian Elephant population in Thailand declined from 40,000 to less than 2,600 left in captivity. Not only are Asian Elephants endangered, the remaining elephants are overworked, abused, exported to zoos around the world, or disfigured by stepping on forgotten landmines along the Thai borders. 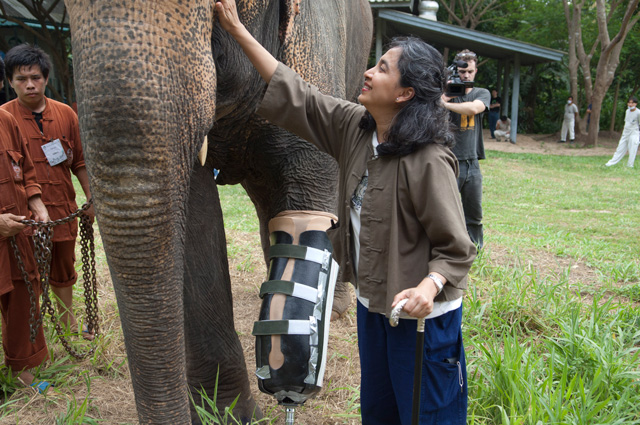 photo by Julia Ferdinand via The Eyes of Thailand 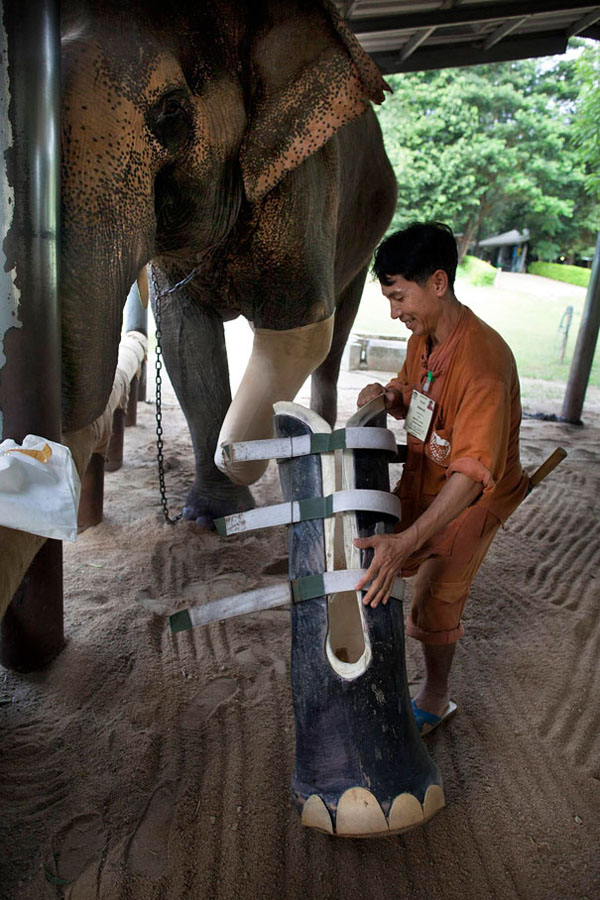 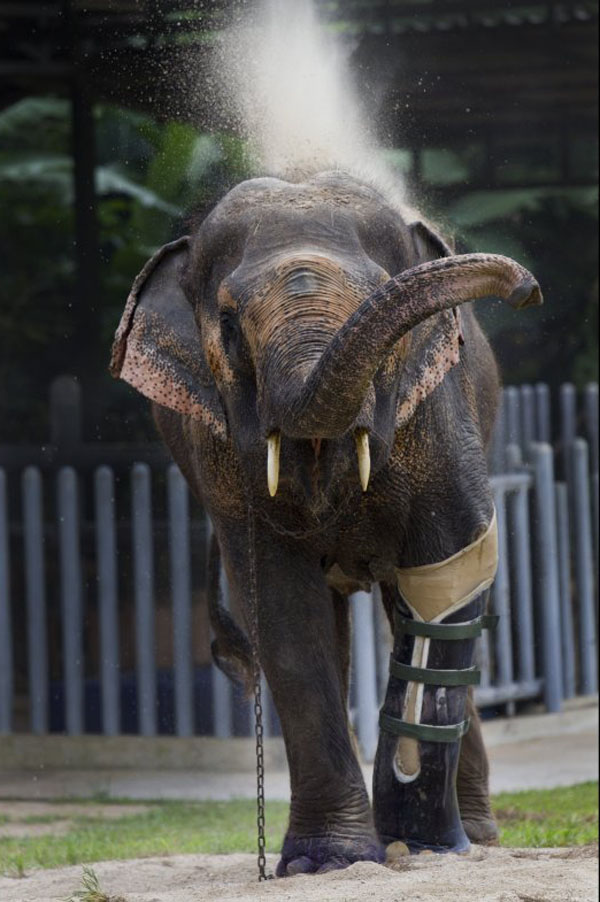 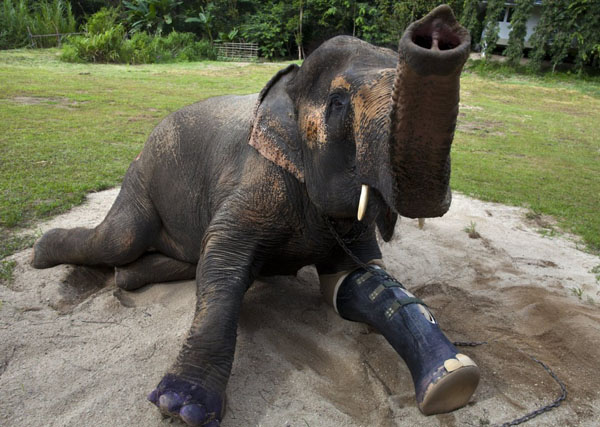 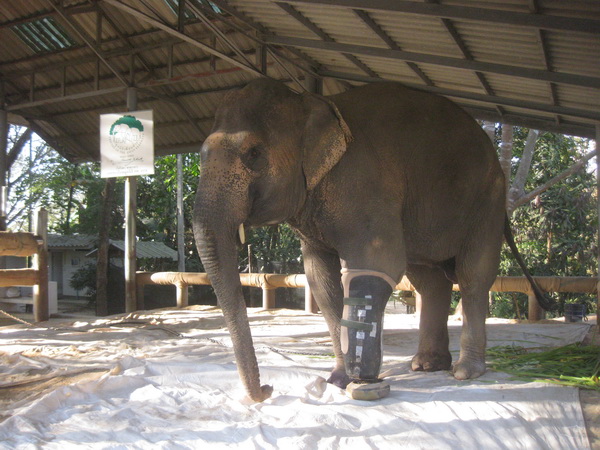